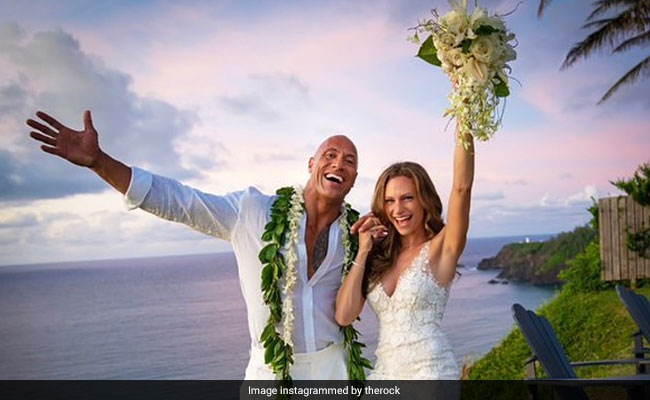 Former wrestler-turned-actor Dwayne Johnson just dropped in the news that he and his longtime singer girlfriend Lauren Hashian got married in Hawaii. The Rock, 47, announced the big news on his social media profiles and shared a couple of photos from his beautiful Hawaiian wedding ceremony. In the pictures, Dwayne Johnson can be seen wearing a white pair of jeans and a linen shirt while Lauren Hashian, 34, is looking amazing in a gorgeous flowery embroided plunge-neck gown. Dwayne and Lauren dated for over 12 years and they have two daughters but more on that later. Sharing the pictures from the wedding with his fans, The Rock captioned them: "We do. August 18, 2019. Hawaii. Pomaikai (blessed)."

Reacting to the pictures, many celebrities congratulated the couple on their new journey together. Lindsey Vonn, who is the first global ambassador for Project Rock, a line developed by Dwayne, commented: "Omg, Congrats!" while actress-singer Eiza wrote: "Congratulations!" American broadcast journalist Cari Champion and kickboxer Rico Verhoeven among others dropped "Congratulations" in the comments section. 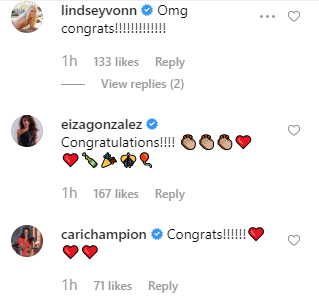 Dwayne Johnson met Lauren Hashian for the first time on the sets of The Game Plan in 2006. At that time, he was married to producer Dany Garcia but the couple parted their ways in the year 2007. Johnson has an 18-year-old daughter Simone with his estranged wife Dany Garcia. After Dwayne separated from Dany Garcia, he began dating Lauren Hashian and the couple welcomed their first daughter Jasmine in December 2015 and second daughter Tiana in April 2018.

It's moments like this that you'll watch for ever and ever and ever. This is what it's all about. These are the true gifts. Feeling so blessed and so grateful beyond measure on this BIRTHDAY #FamilyLoveAndBabies

The Rock has featured in several hits such as Fast Five, The Fast and the Furious franchise, Jumanji: Welcome to the Jungle and Jumanji: The Next Level.