Ahead of the party, Fatima and Ira sent the paparazzi in a tizzy, looking every bit fabulous in traditional attire 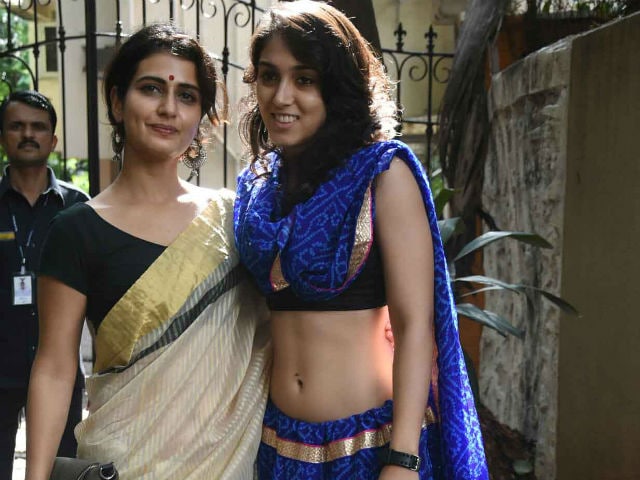 New Delhi: Eid Mubarak! It wasn't just us but busy star Aamir Khan also celebrated Eid on Saturday and hung out with a close knit circle of people. At Aamir Khan's Eid gathering yesterday, there was just Dangal actress Fatima Sana Shaikh from his list of colleagues. Aamir and his wife Kiran Rao are known to greet the paparazzi on special occasions, and as is tradition, the duo patiently appeared in front of the shutterbugs on Thursday, posing with their five-year-old son Azad. Ira, Aamir's daughter with former wife Reena Dutta was also part of the festivities and appeared to have zeroed in Fatima as her favourite photo partner.

Fatima had offered glimpses from inside the celebrations on social media, Snap-Chatting away to glory with pictures also featuring Ira. Fatima, who will also co-star with the 52-year-old superstar in new movie Thugs Of Hindostan, Instagrammed a pic with all happy faces. This is when Aamir Khan and team said "cheese."

Ahead of the party, Fatima and Ira sent the paparazzi in a tizzy, looking every bit fabulous in traditional attire. Fatima opted for a monochrome sari which she accessorised with a red bindi, while Ira was pretty in a simple blue lehenga. 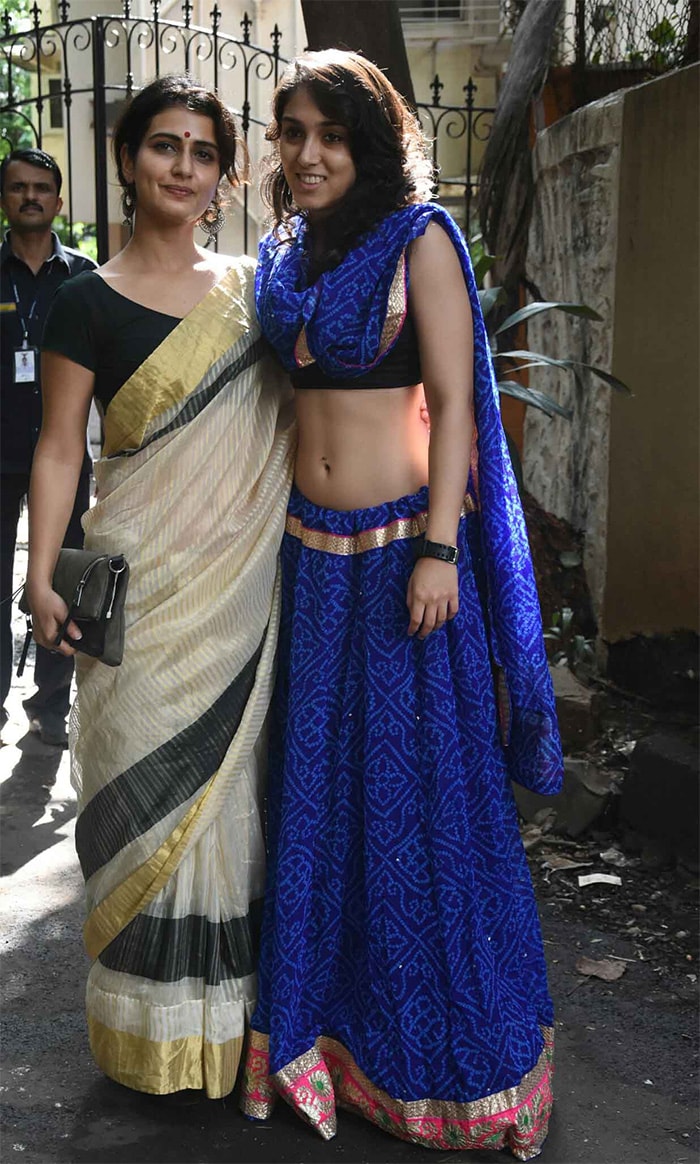 Promoted
Listen to the latest songs, only on JioSaavn.com
Here's a family photo, with love Aamir Khan. Of late, the actor has been making public appearances in his Thugs Of Hindostan persona - that is with pulled back hair and sporting a nose-pin. The actor and his little son were wardrobe coordinated while Kiran reached for a black and orange sari. 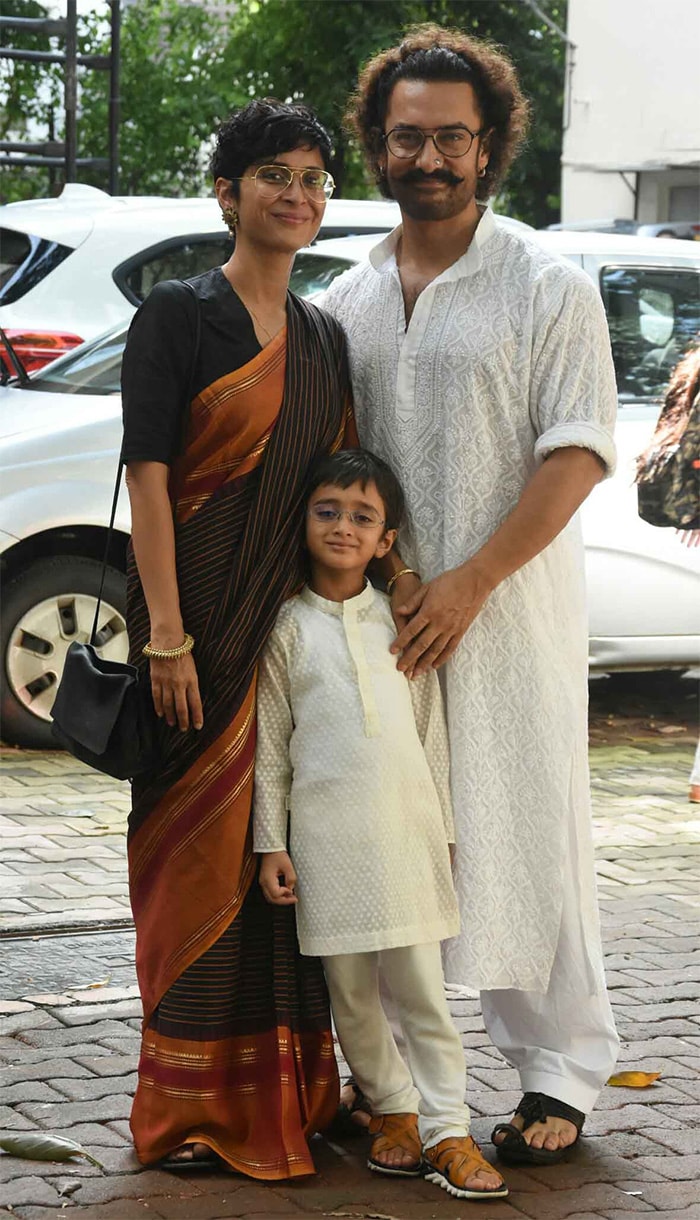 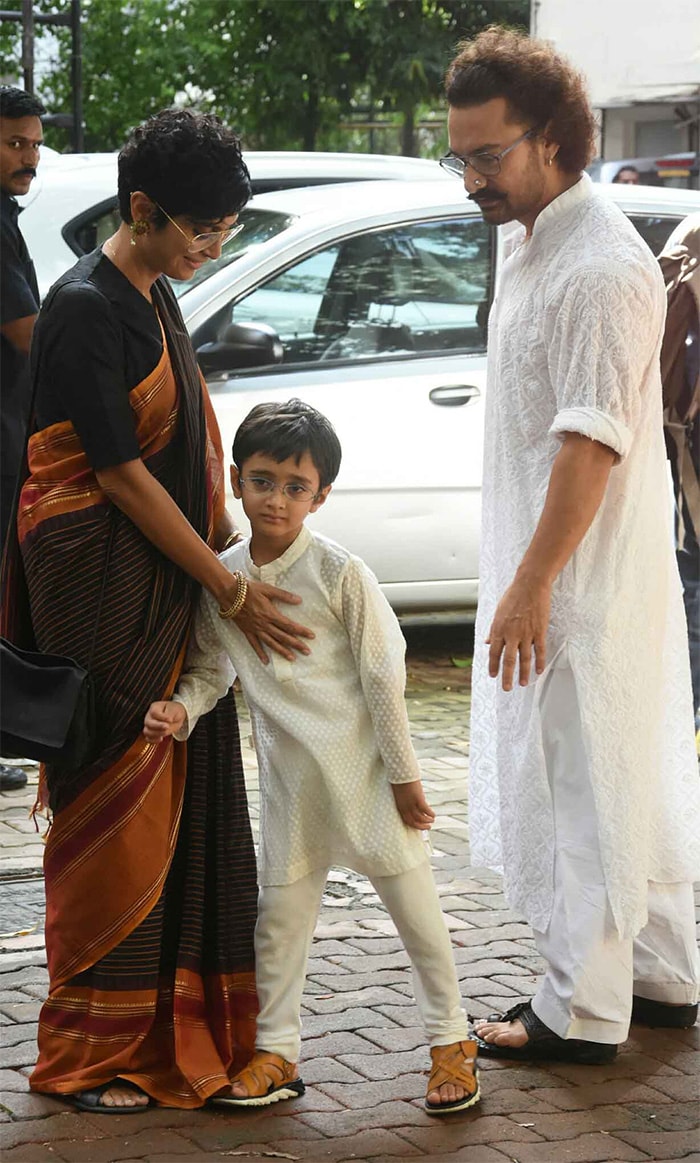