"Pyaar, Dosti And A Bunch Of Memories": On 23 Years Of Kuch Kuch Hota Hai, This Is What Karan Johar Posted 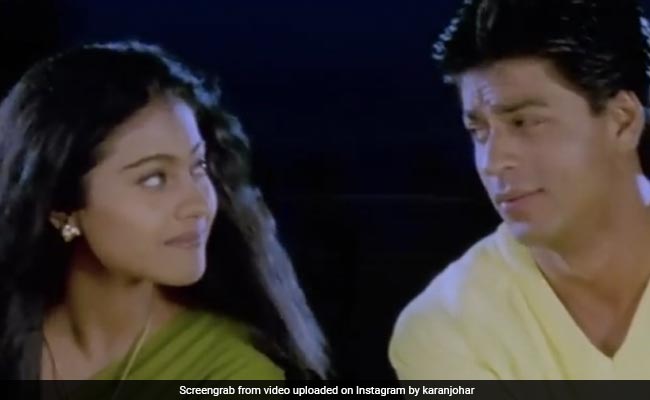 A still from the film. (courtesy karanjohar)

“Khelna nahi aata, toh cheating toh mat karo.” How many of you remember this dialogue? Which movie, can you say? Hold on. Hope you will agree with us here.  Kuch Kuch Hota Hai is not just a film but an emotion. We fell in love with Rahul, Anjali and Tina. Some of us have even watched the movie on loop. From making us realise what is the feeling of true love to teaching the meaning of undying friendship, Karan Johar's directorial debut was a gift for the generations to come. Most of us even tried to dress up as Shah Rukh Khan's Rahul and Anjali, played by Kajol, on various occasions. Didn't you? Can't forget Rani Mukerji as Tina. Her fashion choices were top notch.

And, if you are already feeling nostalgic, then we suggest holding back your happy tears for a bit longer. Why? The film has completed 23 years. To make it special for all fans out there, Karan Johar has shared a beautiful video and a note on Instagram. The clip talks about the things that make the film unforgettable - “generation-defining romance, timeless symphonies, soul-touching friendships and rhythm of unrequited feelings”. It also features a snippet from the film describing the said emotion.

Expressing his gratitude to everyone, Karan Johar wrote, “23 years of pyaar, dosti and a bunch of memories. This was my first time behind the camera and it ignited an unparalleled love for the cinema in me that continues to drive me till today. Gratitude to the best cast, crew and the audience who continues to pour in the love for this story 23 years on. Thank you”.

Karan Johar's friends and fans made a bee-line to the comment space and shared their favourite memory of the film. Tennis ace Sania Mirza calls it her “ favourite movie ever.” Designer Manish Malhotra, who took care of the styling department for KKHH, wrote, “Memoriesforlife” and added a bunch of pink heart emojis.

Author, director Tahira Kashyap said, “It is my go-to film even today along with KKKG [Kabhi Khushi Kabhie Gham].” It was also directed by Karan Johar.

We won't make you wait any further. Here is the video:

We won't mind if you are weeping after watching the clip. Do share your best memory of the film.