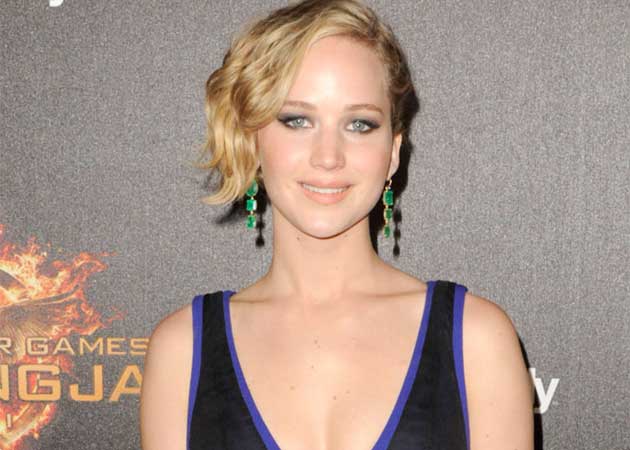 Jennifer Lawrence demanded an investigation into her photo leaks.

The FBI said on Monday that it was addressing allegations that online accounts of several celebrities, including Oscar-winner Jennifer Lawrence, had been hacked, leading to the posting of their nude photographs online.

The agency, though, did not say what actions it was taking to investigate who was responsible for posting naked photos of Lawrence and other stars. Apple said on Monday it was looking into whether its online photo-sharing service had been hacked to obtain the intimate images.

Jennifer, a three-time Oscar nominee who won for her role in Silver Linings Playbook, contacted authorities after the images began appearing on Sunday.

Naked images purporting to be of other female stars were also posted, although the authenticity of many couldn't be confirmed. The source of the leak was unclear.

"This is a flagrant violation of privacy," Jennifer's publicist Liz Mahoney wrote in a statement. "The authorities have been contacted and will prosecute anyone who posts the stolen photos of Jennifer Lawrence."

The FBI said it was "aware of the allegations concerning computer intrusions and the unlawful release of material involving high profile individuals, and is addressing the matter. Any further comment would be inappropriate at this time," spokeswoman Laura Eimiller wrote in a statement.

Apple Inc spokeswoman Natalie Kerris said the company was investigating whether any iCloud accounts had been tampered with, but she did not give any further details.

"We take user privacy very seriously and are actively investigating this report," she said.

"To those of you looking at photos I took with my husband years ago in the privacy of our home, hope you feel great about yourselves," Elizabeth posted on Twitter. Elizabeth, who featured in Final Destination 3 and Abraham Lincoln: Vampire Hunter, wrote that she thought the images had been destroyed.

"Knowing those photos were deleted long ago, I can only imagine the creepy effort that went into this," Elizabeth wrote.

The FBI has investigated previous leaks of nude celebrity images, including leaks involving Scarlett Johansson, Mila Kunis, Christina Aguilera and footage of television sports reporter Erin Andrews in a Tennessee hotel room. Those cases resulted in convictions. How widespread the hacking of celebrities photos was, is not immediately clear. Some of the images were quickly denounced as fakes. Some cybersecurity experts speculated that hackers may have obtained a cache of private celebrity images by exploiting weaknesses in an online image-storing platform.

"It is important for celebrities and the general public to remember that images and data no longer just reside on the device that captured it," security researcher Ken Westin wrote in a blog post on Monday. "Once images and other data are uploaded to the cloud, it becomes much more difficult to control who has access to it, even if we think it is private."

Private information and images of celebrities are frequent targets for hackers. Last year, a site posted credit reports, Social Security numbers and other financial info on celebrities, including Jay Z and his wife Beyonce, Mel Gibson, Ashton Kutcher and many others.

Scarlett, Mila and Christina were hacked by a Florida man, Christopher Chaney, who used publicly available information to hack into the email accounts of more than 50 people in the entertainment industry.

Promoted
Listen to the latest songs, only on JioSaavn.com
"I have been truly humiliated and embarrassed," Scarlett said in a tearful videotaped statement played in court at Chaney's sentencing in December 2012.

"That feeling of security can never be given back and there is no compensation that can restore the feeling one has from such a large invasion of privacy," Christina wrote in a statement before Chaney's sentencing.