Bollywood adds to the patriotic mood of the Independence Day 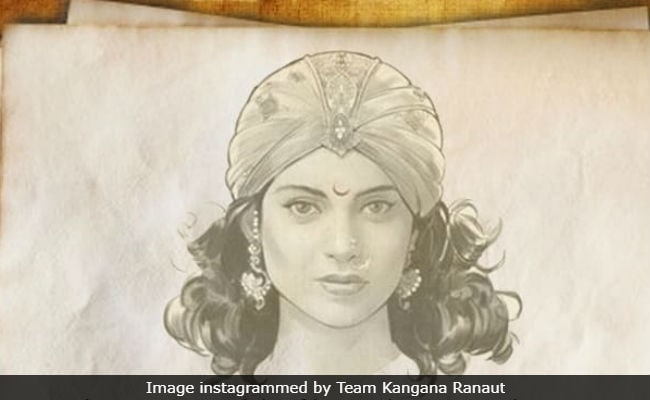 A day before the Independence Day, Bollywoodwallahs have set-up an interesting showbiz calendar for fans. Actors Akshay Kumar and John Abraham are all set for a box office battle while glimpses of two much-awaited films will also unveil tomorrow. Of course, the Prime Minister's address from the Red Fort is the highlight of the Independence Day but the filmmakers hope to add their tadka on the important day too. The trailer of Nandita Das' Manto (based on the life of writer Saadat Hasan Manto) and the first poster of Kangana Ranaut's upcoming film Manikarnika: The Queen Of Jhansi will add to the patriotic mood this Independence Day.

Nandita Das made a film on Pakistani writer Sadat Hussain Manto, who has written some the most heart-wrenching stories on the Partition of India in 1947. Stories such as Toba Tek Singh, Kali Salwar and Khol Do depict the psychological impact the Partition had on the people caught in the middle of the brutal divide of the nation. Manto, featuring Nawazuddin Siddiqui in the title role, has toured several international film festivals and it has been applauded for the portrayal of Manto, one of the most controversial writers - Manto was tried for obscenity six times and the film elaborates on this aspect of Manto's life. Speaking about the subject of her film, director Nandita Das told IANS: "He challenged all forms of orthodoxy and despite six cases slapped on him, he believed in the power of the written word. That kind of conviction and the courage to follow it through is inspirational."

Meanwhile, Kangana Ranaut will launch the first poster of her film Manikarnika: The Queen Of Jhansi, which is based on the story of Rani Laxmi Bai's valiant battle with the East India Company, which made her one of the first freedom fighters of the nation. Kangana features in the lead role and she is also one of the film's producers. Manikarnika also stars Ankita Lokhande and it is directed by Krish.

History will get recreated on #IndependenceDay2018 when #KanganaRanaut unveils the#Manikarnika poster as the nation celebrates the fruits of the struggle of our heroines & heroes. Stay tuned as the fitting tribute to the 1st heroine of the 1st war of #IndianIndependancepic.twitter.com/e22lNnhfa4

Keeping up with the theme of patriotism, Farhan Akhtar and Ritesh Sidhwani are all set to present Gold, starring Akshay Kumar in the lead role. The Reema Kagti-directed film depicts the story of India's historic gold win at the 1948 London Olympics as a free nation.

In Satyamev Jayate, John Abraham redefines the definition of patriotism as he fights the corrupt people of the judicial system.

Now, isn't that an interesting line-up?