Nandita Das wrote, "On the day of the premiere, I was neither euphoric, nor nervous. Just happy. The fact this film actually got made is a miracle" 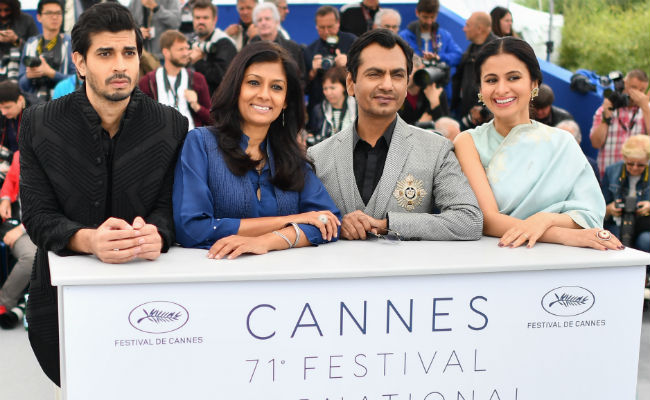 New Delhi: Nandita Das' Manto, which was screened at the Cannes Film Festival, shared pictures from the French Riviera on Facebook with her entire team and wrote that the film got made was a 'miracle' for her. Manto is a biopic of writer Saadat Hasan Manto who is played by actor Nawazuddin Siddiqui. "Cannes is not new to me. I have been coming here since I was invited in the main jury in 2005. Including more recently, to raise funds for Manto. But this time was like no other. On the day of the premiere, I was neither euphoric, nor nervous. Just happy. The fact this film actually got made is a miracle. For it to be in Cannes, is the second miracle."

Sharing her experience from the screening, Ms Das wrote, "So I was not even ready for the third one in a row - an overwhelming response from both audiences and critics. At the premiere we got a 4-minute standing ovation, strangers hugged me, sobbing." Manto was screened in the Un Certain Regard category.

Of Nawazuddin's role as Saadat Hasan Manto, Nandita Das had said that it was a "smooth ride" for him to play the titular. "He has similar kind of personality in terms of views, anger, arrogance, sensitivity and humour. I think it was smooth ride for Nawazuddin to play this character. He used to tell me that he would not be able to do another film simultaneously because he had immersed himself so deep into the character of Manto," she told news agency IANS.
Comments
mantomanto nandita das