Manto screening: "This is shocking! I just got a similar message from a friend in Ahmedabad. What's going on?" Nandita Das tweeted 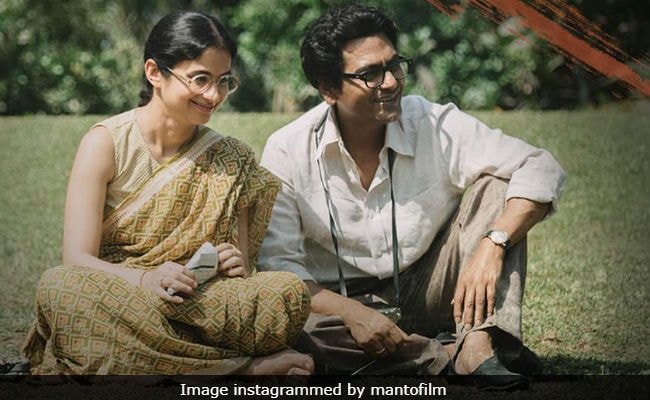 Actor-filmmaker Nandita Das tweeted today that she had heard about screenings of her film Manto being cancelled in parts of India. Manto, a biopic on Pakistani writer Saadat Hasan Manto, released today.

On social media, many tweeted that morning shows had been cancelled. Nandita Das retweeted one of the posts and called it "shocking".

This is shocking! I just got a similar message from a friend in Ahmedabad.. What's going on? #viacom18#bookmyshow#NawazuddinSiddiqui#inoxmovieshttps://t.co/rF9gW3M49l

Multiplex giant PVR Ltd replied to another Twitter user that it was "due to some technical glitch".

Hi! We would like to inform you that due to some technical glitch, the shows of the movie, Manto were cancelled. However, we would never want you to miss out on good cinema and are trying our best to bring you the shows of this most awaited movie. [1/2]

Ms Das said the distribution team is looking into the matter.

Hugely disappointed... 6 years of work & many people's collective intent & commitment was to find its culmination this morning. Am assured by @Viacom18Movies it will be fixed at noon today. Pls let us know if it hasn't been. Spreading #Mantoiyat will not stop! https://t.co/kuwWcn5Xa8

"Rest assure Manto will reach you. The story must be told and heard. Thank you all for your interest and support. Please keep me posted," she said.

Some 40 minutes later, PVR replied to Nandita Das, saying Manto is playing in its multiplexes across the country.

Hi! Manto is released and is playing within the PVR chain all over the country. Enjoy the movie. -Anu

When NDTV dialled PVR's customer care number, the person on the line said Manto is being screened at their multiplex in south Delhi's Saket and one can book tickets. Some people on Twitter, however, replied to PVR's tweet, saying their customer care helpline in Delhi has clearly told them that the matter is still unresolved.