In Twitter Thread On Most Confusing Film, This Director Popped Up Often - Easy Guess

Nobody gets a couple of Jake Gyllenhaal films either 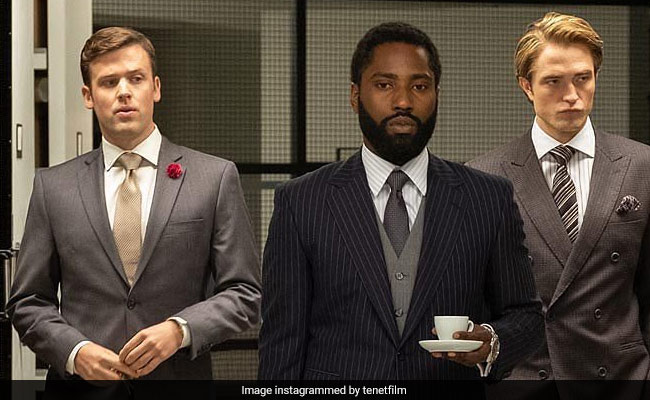 A Twitter thread started by IMDb this week on the most confusing movie threw up some common answers. Many responses agree that Christopher Nolan's time and mind-bending films are hard to follow; three in particular were named - Inception, Memento and Tenet. David Lynch appears to be a close second to Christopher Nolan with Mulholland Drive and Eraserhead invoked more than once. People were also perplexed by Jake Gyllenhaal's breakout film Donnie Darko, 12 Monkeys starring Bruce Willis and Brad Pitt, Nicholas Cage's Adaptation, and Stanley Kubrick's film of A Clockwork Orange.

Inception and Memento were bad enough, Tenet was worse:

Inception, a load of pi$h, idea stolen from the matrix, Robert Jordan's wheel of time concept of Tel'aran'rhiod (unseen world, world of dreams) and a sci-film that starred Keanu reeves Johnny Mnemonic

Inception... the final scenes make my head hurt trying to figure it out. Would love to pick Christopher Nolan's brain about it and Tenet.

I've watched Tenet twice and still have no idea what I watched.

Psychological thriller Mulholland Drive is considered David Lynch's finest work but is clearly so confusing that the Internet abounds with several explainers attempting to demystify the events of the film. It was cited several times in the IMDb thread as was Mr Lynch's horror film Eraserhead.

Hands down. And David Lynch never explained what happened in the movie. pic.twitter.com/BvYDFneyxo

I have no idea what the hell this was about but it scarred me for life anyway. pic.twitter.com/Lfdq6kF7TV

Was going to add a pic from one of the scenes but it's bedtime and I don't really need big-cheeks radiator girl visiting me in my dreams. pic.twitter.com/0cTqbbNg67

Interstellar- it felt like someone was telling me a dream they had after eating some magic shrooms pic.twitter.com/vCeq985Z8A

Maybe I was too young and need to try it again, but Blue Velvet would be it for me. pic.twitter.com/hTgaenxgco

All those people saying inception and tenet clearly haven't seen other movies, I was waiting for this movie to start explaining things and all of a sudden it just ended

'Dark' series on Netflix in also confusing (only the 3rd season)

'Predestination' is also another example. pic.twitter.com/FZoPWiY95R

These 2. If anyone would like to explain either one to me it would be greatly appreciated. pic.twitter.com/wpCrdyPzOd

Some were stumped by quite a few films and their lists included several of the aforementioned movies:

As far as just plain WTF...
Climax for sure.

As far as "what i going on?" in the first watch. But layers reveal on 2nd watch
Memento
Natural born killers
Donnie Darko
Fight club
Being John Malkovich
12 monkeys
The game
Clockwork orange
In the mouth of madness pic.twitter.com/5qSjm16McI

However, there was a clear winner for most confusing film watched - this one, which was cited in many, many responses:

This is hands down the most infuriatingly confusing movie I've ever seen pic.twitter.com/7VtbrwEaVU

Speaking for ourselves, Inception was great and Jake Gyllenhaal is a perennial favourite. What we would like someone to explain to us is the decades of super-cringe movies mass-produced by Bollywood through most of the Eighties, Nineties and much of the 2000s. Now those are explainers we'd sign up to read.