In The Gym With Mommy-To-Be Neha Dhupia. See How She's Keeping Fit

Neha Dhupia's video will give you major fitness goals 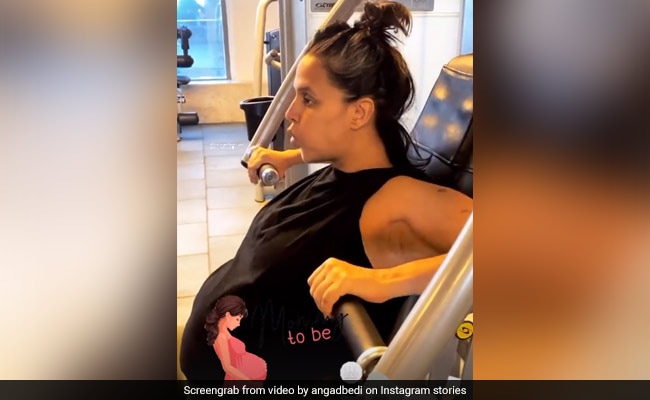 Mom-to-be Neha Dhupia is giving us major fitness goals in her latest video, shared by her husband and actor Angad Bedi. Neha Dhupia and Angad Bedi, who are parents to a daughter named Mehr, announced their second pregnancy on Monday. The couple posted an adorable family photo to shared the good news. Now, in his recent Instagram story, Angad Bedi shared a glimpse of Neha Dhupia sweating it out in a gym. The actress can be seen sporting a black tee and green tights while doing arm workout. Sharing the video, Angad Bedi wrote: "Mommy-to-be."

Take a look at the screenshot of Angad Bedi's Instagram story: 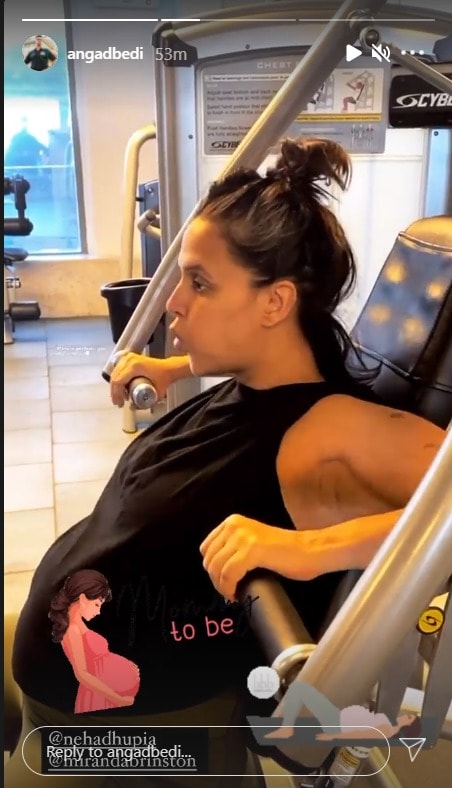 Recently, in an interview, Angad Bedi opened up about Neha Dhupia's second pregnancy and said that "it is not easy for her." Talking to Pinkvilla, he said: "Because she is pregnant again after almost three years... It's a different experience and not easy on her. But she is keeping her spirits up, working and finishing all her projects keeping the timelines in mind. We are happy to bring in a new family member soon. For me, her health is of prime importance."

The couple, while interacting with their fans on Instagram on Tuesday, asked them to suggest names for their baby. Watch the video here:

On Monday, Neha Dhupia and Angad Bedi announced their pregnancy with this post. Neha captioned her picture: "Took us 2 days to come with a caption...The best one we could think of was ... Thank you, God. #WaheguruMehrKare," while Angad wrote: "New Home production coming soon...Waheguru mehr kare."

Neha Dhupia and Angad Bedi had a beautiful wedding in May 2018. They became parents to daughter Mehr on November 18 in the same year.