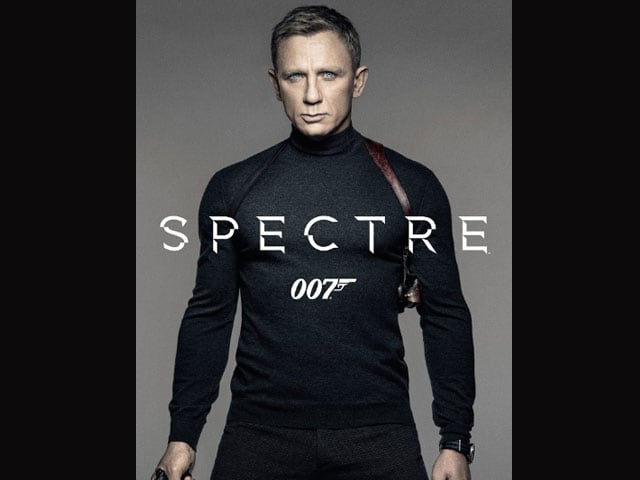 This image was posted on Facebook by Sony Pictures

The first poster of Bond film #24, titled SPECTRE, has been released by Sony Pictures and features Daniel Craig as James Bond, looking licensed to kill.

Steely-eyed agent 007 is seen wearing a black turtleneck and trousers in the poster, gun in one hand and a watch on the other, which we presume will be a next-gen high-tech device from the arsenal of the new Q, played by Ben Whishaw.

Promoted
Listen to the latest songs, only on JioSaavn.com
SPECTRE, which refers to the crime organisation named Special Executive for Counter-Intelligence, Terrorism Revenge and Extortion in Ian Fleming's Bond novels, also stars Christoph Waltz, Lea Seydoux, Monica Bellucci and Ralph Fiennes in pivotal roles. Mexican actress Stephanie Sigman has also been added to the cast, as announced some days ago.

SPECTRE, directed by Sam Mendes, is currently filming and will release on November 6.