In Sonam Kapoor's "Snippets From My Life" Post, There's Also A Glimpse Of Her Stunning House

The actress has been staying in London for over a year 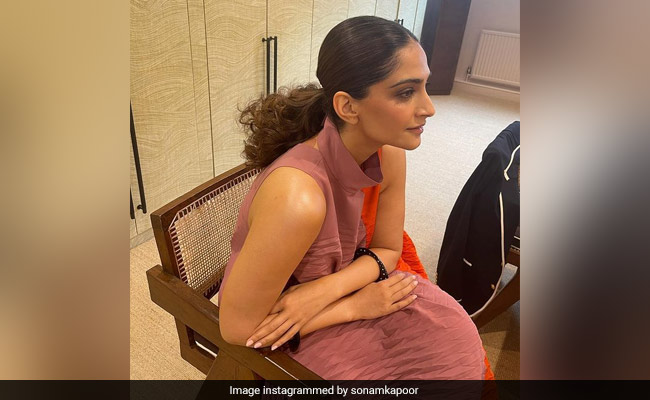 Sonam Kapoor brightened up our Instagram feeds by sharing pictures from her life in London. The actress, who has been staying in London with her husband Anand Ahuja for over a year, also shared pictures of her vibrant house. The actress shared a glimpse of some of her favourite corners. We also got a glimpse of Anand Ahuja in one of the shots. She also shared a couple of selfies with her friends from brunches and more. She also shared snippets from the local shows that she attended. Sharing the album on Instagram, the actress wrote in her caption: "#photodumpoftheweek #snippetsofmylife." Sonam's mom Sunita Kapoor dropped heart emojis in the comments section.

Sonam Kapoor  loves to share posts from her London diaries. Check out some of the posts shared by the actress on Instagram, here:

The actress, who made her debut in Bollywood with the Sanjay Leela Bhansali's film Saawariya (2007), opposite Ranbir Kapoor, married her longtime boyfriend Anand Ahuja in May 2018. Anand Ahuja runs the fashion label Bhane and the sneaker boutique VegNonVeg. The couple are currently staying in London. Sonam too runs an apparel brand Rheson with sister Rhea Kapoor.