In Salad vs Pizza, Vaani Kapoor Chose The Obvious - Revealed In Pic

Vaani Kapoor shared another picture from her London diaries 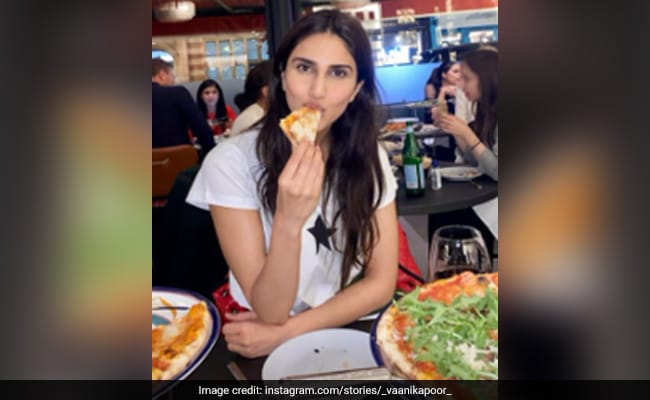 Vaani Kapoor, who recently wrapped the London schedule of her forthcoming film Bell Bottom, co-starring Akshay Kumar, has actively been sharing posts from her London diaries. On Wednesday night, the actress shared a picture of herself on her Instagram story, in which she can be seen eating a pizza. Dressed in a white t-shirt, Vaani can be seen enjoying her meal in the picture that was originally posted by her friend. She captioned the post: "Buh byeeee salad." Meanwhile, on Thursday morning, she shared a poster of Bell Bottom, featuring Akshay Kumar and wrote: "Shooting amidst a pandemic has been a leap of faith! So proud to be a part of this team. Bell Bottom completed." 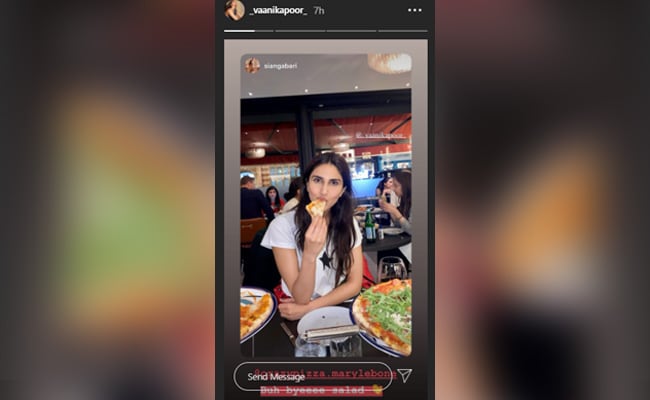 Here's what she posted on Thursday morning:

Before London, team Bell Bottom shot for the film in Glasgow. The film's lead actor Akshay Kumar posted a picture with the film's team and wrote: "So many happy faces in one frame...that's the result of a good schedule. Goodbye Glasgow, hello London."