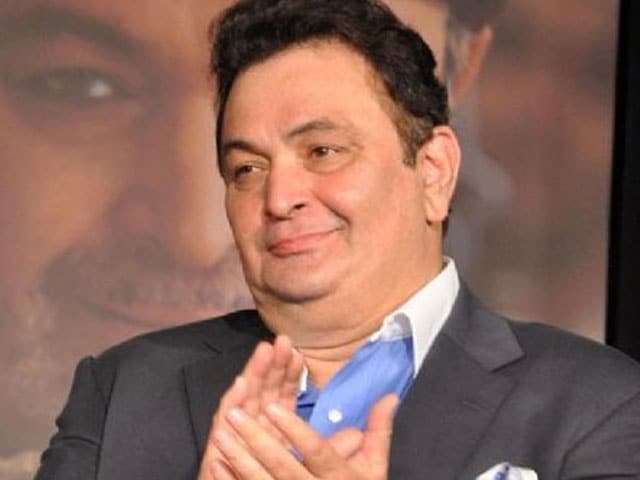 Rishi Kapoor was last seen in All Is Well

New Delhi: It's Dhanteras and actor Rishi Kapoor's latest tweet is pure gold, forgive the precious metal-related pun. It stars composer Bappi Lahiri who is (in)famous for the multiple gold necklaces he habitually wears. Rishi Kapoor, an Agent Provocateur of sorts on Twitter, often makes his colleagues the butt of his jokes, and frequently complains about his followers failing to find them funny. (Also Read: Why Rishi Kapoor Wants to Act in Plays But is 'Afraid' to Do So)

Happy Dhanteras to you too, Mr Kapoor. And you, Bappida.

Dhanteras, as you might know, is the day it's considered lucky to buy gold, silver and other precious metals. It precedes Diwali, which Mr Kapoor has already begun celebrating. He tweeted this pre-Diwali party photo of himself with fellow stars Jeetendra and Rakesh Roshan. The 63-year-old actor apparently has lots of party invites and cannot cope - which we find hard to believe, him being a Kapoor and all.

Diwali eve celebrations begin! Parties galore. Cannot cope with all of them though. pic.twitter.com/v4kHIOEOdm

Rishi Kapoor was last seen in All Is Well with Abhishek Bachchan and has Kapoor And Sons out next March.