Why so cute, Katrina Kaif? 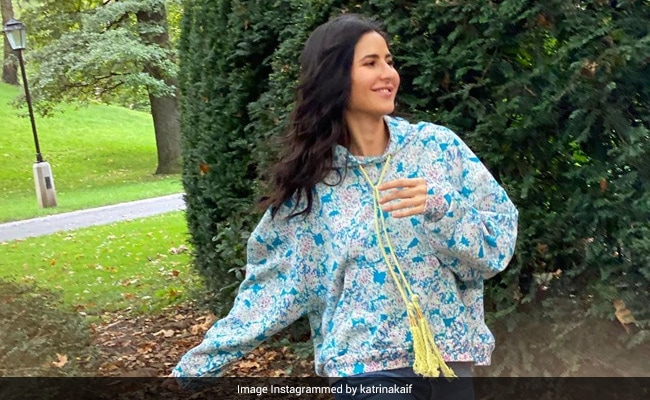 Why so cute, Katrina Kaif? The actress, who is currently in Austria with Salman Khan for Tiger 3, made us go aww on Thursday by sharing few pictures of herself from her day well-spent in the lap of nature. Katrina looks cute as a button in a blue sweatshirt and jeans in the pictures, in which she can be seen having a whole lot of fun in what appears to be a park. In her caption, Katrina Kaif dropped an icon of the flag of Austria along with a tree and a green heart emojis. "At nature," read her full caption.

Katrina Kaif and Salman Khan were filming Tiger 3 in Turkey before Austria. On her last day in Turkey's Cappadocia, Katrina Kaif posted this photo with Yakup Dinler, who is the Chairman of the Board of Directors of KAPTID, an association of Cappadocia Touristic Hoteliers and Operators.