In Italy With Rishi Kapoor And Some 'Crazy Friends,' Only Neetu Kapoor Sounds Like...

"Everyone trying to get the Italian accent right, only I sounded like a Tamilian," wrote Neetu Kapoor 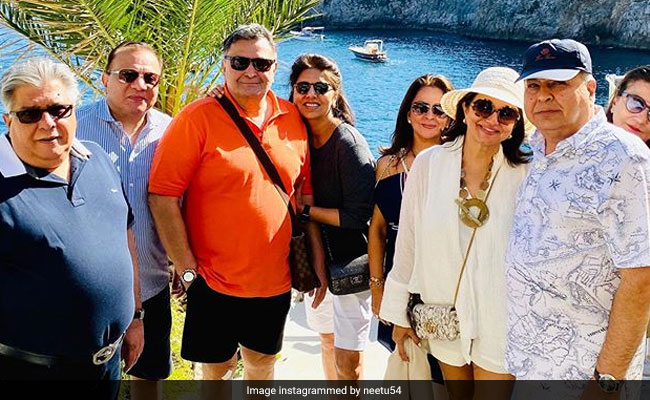 Rishi Kapoor and Neetu Kapoor are certainly living their best lives in Italy. The couple, who returned to India from the US last month, are currently holidaying in Positano, Italy. On Thursday, Neetu Kapoor shared a couple of photos and videos of herself, Rishi Kapoor and a "bunch of their crazy friends" from their getaway. However, it's her caption that is stealing the show on the Internet. In the pictures, Neetu Kapoor looks lovely in a black top and white shorts while Rishi Kapoor can be seen wearing a bright orange t-shirt and black shorts. Sharing the pictures, Neetu wrote that like everyone in her group, she also tried to get the Italian accent right but ended up sounding like a Tamilian. LOL! "Bunch of crazy friends enroute to Positano! Everyone trying to get the Italian accent right, only I sounded like a Tamilian," Neetu Kapoor captioned her post.

Bunch of crazy friends enroute to Positano !!! Everyone trying to get the Italian accent right only i sounded like a Tamilian 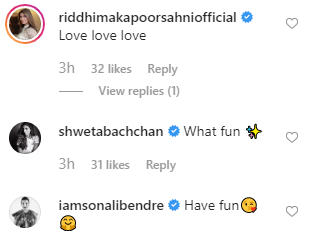 A screenshot of Riddhima, Sonali and Shweta's comments on Neetu Kapoor's post.

Neetu Kapoor frequently delights her fans by sharing adorable pictures of herself and Rishi Kapoor. In one of her previous posts, she shared a selfie with her husband and explained how difficult it was for her to convince him to pose. "How I have to convince him for a picture reminding him I'm not a fan," she wrote.

How I have to convince him for a pic reminding him I'm not a fan minestrone soup :::cherry tomatoes :::and that perfect Italian coffee that hits the spot

Rishi Kapoor and Neetu Kapoor were in New York for over a year for Rishi Kapoor's treatment. Rishi, now cancer-free, was diagnosed with the disease last September. The duo returned home on September 10.