In Arjun Kapoor And Malaika Arora Rumours Today, A New Pic From Their Get-Together With Kareena Kapoor, Karisma And Others 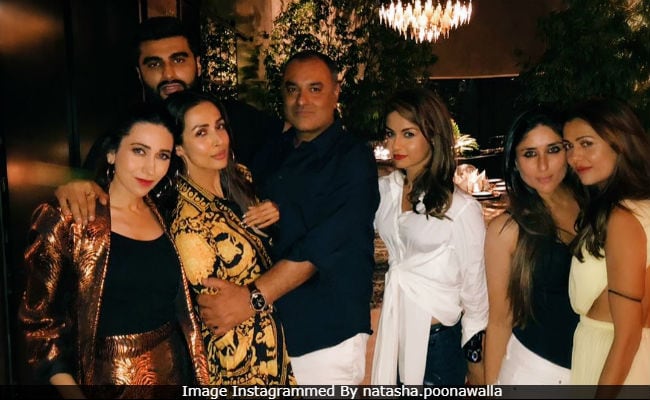 On Saturday, rumoured couple Arjun Kapoor and Malaika Arora trended a great deal for reports stating that they are likely to get married next year. Amidst the wedding rumours, a new photo of Arjun and Malaika, partying together with close pals like Kareena Kapoor, Karisma Kapoor, Amrita Arora (her sister) and Natasha Poonawalla, has popped up. The picture appears to be taken a couple of days ago and it was shared on Instagram by Natasha Poonawalla on Sunday. Several unconfirmed reports claim that Malaika's industrialist friends Tanya and Arvind Dubash, also seen in the viral photo, had hosted the party to welcome Arjun Kapoor into their circle. "Super stunning and fun evening," Ms Poonawalla captioned the post, adding the hashtag 'celebrations.' In one of the photos, Malaika is seen cutting a cake with fashion designer Vikram Phadnis behind her.

Arjun and Malaika, who have previously dismissed rumours about their speculated relationship, have apparently decided to take their relationship a step ahead, a Filmfare report stated.

Malaika touched down in Mumbai earlier this week after celebrating her 45th birthday in Italy. She was reportedly vacationing with Arjun. Last weekend, when Arjun appeared on the premiere episode of Malaika's show India's Got Talent, they went on stage hand-in-hand.

Rumours that Arjun Kapoor, 33, and Malaika Arora, 45, are dating featured in headlines after her separation from ex-husband Arbaaz Khan in 2016. The rumoured couple have carefully shielded themselves from being photographed together since then, but some months ago, Arjun and Malaika were spotted sitting next to each other in the front row of Lakme Fashion Week. 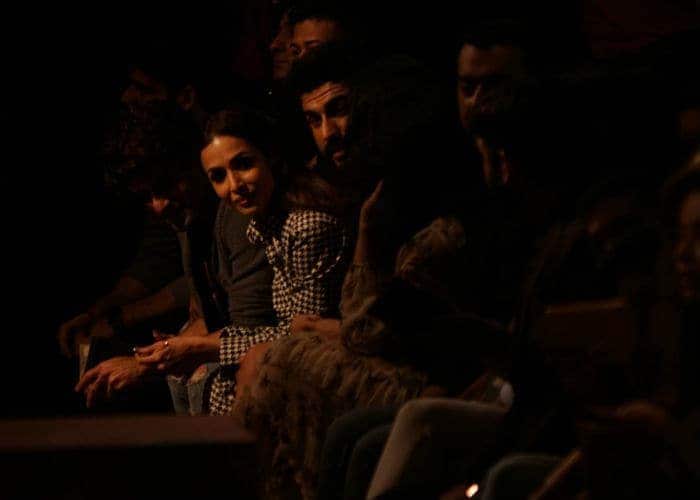 On the work front, Arjun Kapoor will be next seen in Sandeep Aur Pinky Faraar and also has India's Most Wanted and Panipat in the line-up. Malaika Arora is currently co-judging India's Got Talent 8 and India's Next Top Model 4.