Iman Vellani will be seen as Kamala Khan, a Pakistani-American student growing up in New Jersey in Ms Marvel 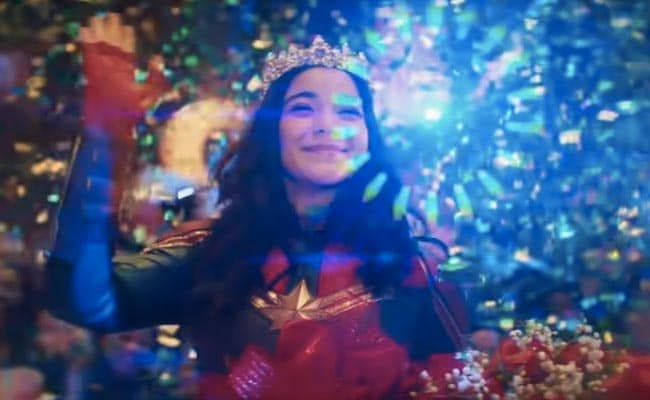 Iman Vellani – yes, that's the name you must have been coming across on the Internet a lot since Tuesday. And why not, she has been trending incessantly for all the good reasons. Pakistan-Canadian actress Iman Vellani is Marvel Studios' new superhero. Iman Vellani will be seen as Kamala Khan, a Pakistani-American student growing up in New Jersey in Ms Marvel. The new Marvel limited series will show Kamala revering superheroes and dreaming about having superpowers so that she can protect her city until one day, she finds out that she has a superpower to alter shape and size. With Marvel Studios dropping the official trailer of Ms. Marvel on social media on Tuesday, Iman Vellani has become the talk of the town.

So, who is Iman Vellani, the Pakistan-origin actress playing Marvel's new superhero?

1. Iman Vellani is a Canadian born to Pakistani immigrants and she is reportedly in her nineties or twenties.

2. Iman Vellani doesn't have a verified account on Instagram but there is one account that is said to be run by her. The moniker on that profile reads: “Iman Vellani she/her/hers. Actor. Kamala Khan, or you can call me Ms. Marvel.”

The future is in her hands.

3. Iman Vellani, who is all set to enter the fame game with Ms Marvel, will reprise her role as Kamala Khan in The Marvels in 2023.

4. It has been reported that Iman Vellani did her graduation from Unionville High School of Pennsylvania.

5. Earlier, in an interview with Variety, Iman Vellani had opened up about her character. “The fact that the show is being made and they're including this character in the MCU is [what's important]. I don't really have to go out of my way and talk about being a Muslim and being Pakistani — it all comes out in the show. People seeing a person like me involved in a project as big as this is, I think, inspiring enough,” she was quoted as saying.

Ms Marvel will stream on Disney+ starting June 8 this year.