Ileana is a sight for sore eyes in this throwback picture. 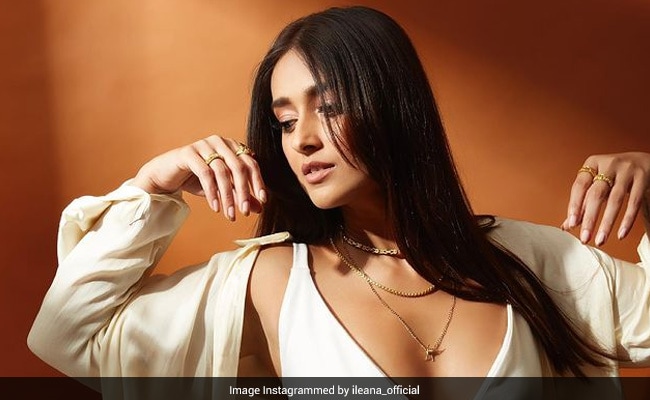 If you're reading this, congratulations on making it to the end of the week. This is the time to let your hair down and make plans for the weekend ahead, preferably while still following COVID-19 protocol, staying indoors, wearing masks and staying physically distant from people. Our favourite celebrities are also welcoming the weekend in their own ways, often sharing pictures of themselves with their hair down (both, literally and figuratively) on their social media profiles. Take, for instance, actress Ileana D'Cruz who is wowing fans with her ravishing beauty on this unsuspecting Friday afternoon. Looking like her usual enchanting self in a trendy white cropped top, beige shirt and layered neckpiece, with her luscious tresses falling over her shoulder, Ileana is a sight for sore eyes in this throwback picture shared on Instagram. The caption is representative of all of us on a casual Friday afternoon, "Stretching into the end of the week".

Apart from her Instagram, Ileana was seen making a splash in the recent crime drama The Big Bull, featuring Abhishek Bachchan in the lead role. We couldn't take our eyes off Ileana playing the character of Meera Rao, a reporter.

A couple of months back, Ileana posted pictures of herself in her Meera Rao avatar, looking fierce and determined as the reporter she was playing. In her caption, she paid tribute to the character, saying, "The very moment I read the script, I connected with the character. She's feisty, shrewd, and gutsy! She looks into every detail, finds hidden insights, and unveils the ‘mother of all scams' secrecy!"

Ileana regularly blesses our Instagram feeds by sharing glimpses from her daily activities. Here's hoping we see more of her not just on the silver screen, but on our tiny screens as well.