"At one point, I didn't realise I was at home for a week... After that, I got an ultimatum from him," said Ileana D'Cruz 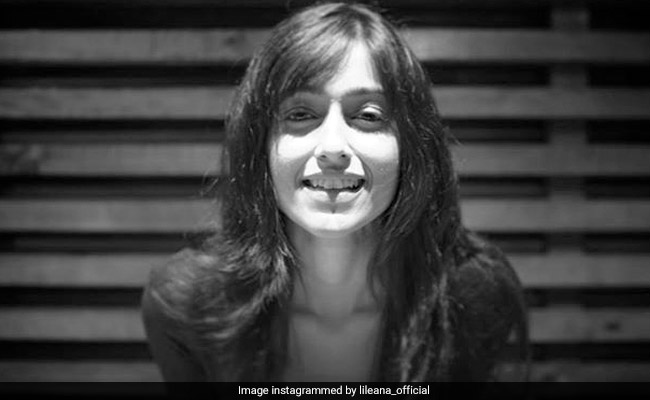 New Delhi: Actress Ileana D'Cruz, who has shared her experience of dealing with Body Dysmorphic Disorder and battling depression before, opened up about the role of her photographer boyfriend Andrew Kneebone in helping her fight her mental conditions. Speaking to IANS in an interview from Fiji, the actress said: "Things had got so bad that I was pushing people away. I didn't realise how much I was alienating people. I would constantly refuse to go out when friends would call. At one point, I didn't realise I was at home for a week... After that, I got an ultimatum from him."

Ileana D'Cruz opened up about her struggle with depression and Body Dysmorphic Disorder in September last year, in an advert for a denim brand and later, she confessed to having "suicidal thoughts" as well. Ileana, who had mentioned that depression can be dealt with by first accepting and then through counselling, added: "Now I don't look at life where I'd say: 'Oh gosh, my life's over if I don't have films any more'. My approach is that there's so much more for me to do... It (depression) really was in a way god sent... That depression and that phase in my life, as horrible as it was, was needed in a way to switch things back and change who I was as a person."

In November last year, Ileana was speaking at the 21st World Congress of Mental Health, when she said her depression stemmed from the fact that she wanted to be "accepted by everybody". This is what IANS reported her as saying: "I used to feel low and sad all the time but didn't know I was suffering from depression and Body Dysmorphic Disorder till I got help. At one point, I even had suicidal thoughts and wanted to end things. However, all of it changed when I accepted myself and what I was going through. I think that is the first step towards fighting depression."

Promoted
Listen to the latest songs, only on JioSaavn.com
Ileana and Andrew are often reported to be married, something which the actress has smartly managed to have dealt with cold diplomacy so far but she's never shied away from posting pictures of herself with Andrew or the ones of her from Andrew's lenses. In the recent past, the gossip columns were also busy with Ileana's speculated pregnancy, about which, she said: "I'm not pregnant. In fact, I would have been super happy if I was. It's something I have always wanted. But there's still time. I still don't want to become pregnant yet." Ileana and Andrew are currently in Fiji together. Earlier, Ileana had posted about "not" being pregnant like this: