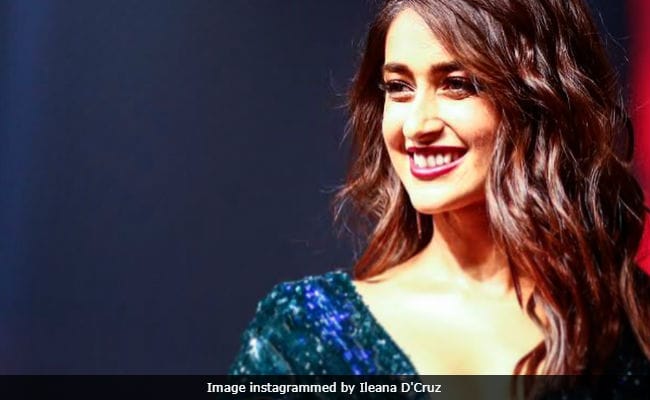 New Delhi: Actress Ileana D'Cruz, who has shared her experience of dealing with Body Dysmorphic Disorder, on Tuesday (because #TuesdayThoughts), shared author Austin Blood's 10 Facts Every Woman Should Know. Ileana shared the 10 pointers with a heart emoticon and received several thumbs up emoticons in return from Instagram users. Folks praised Ileana, 'an actress,' for spreading a positive message about celebrating each body type and the imperfections/perfections of one's body. Take a look at Ileana's happy Tuesday post:

Ileana D'Cruz opened up about her struggle with depression and Body Dysmorphic Disorder in September in a denim brand advertisement. And then, earlier this month, at the 21st World Congress of Mental Health, Ileana revealed in details about how she dealt with the disorder. She confessed to having "suicidal thoughts" at one point of time. "I used to feel low and sad all the time but didn't know I was suffering from depression and Body Dysmorphic Disorder till I got help. At one point, I even had suicidal thoughts and wanted to end things. However, all of it changed when I accepted myself and what I was going through. I think that is the first step towards fighting depression," IANS quoted her as saying. She also said that depression can be dealt with by first accepting and then seeking help.

Ileana D'Cruz is the star of films such as Barfi!, Rustom and Baadhshaho.

Promoted
Listen to the latest songs, only on JioSaavn.com
On Facebook, Austin Blood describes himself as "an author, speaker, relationships expert and mentor to thousands of women worldwide." Check out his profile here.