In December 2017, Ileana D'Cruz addressed Andrew Kneebone as "hubby" in her Christmas post but she refused to comment in subsequent interviews. 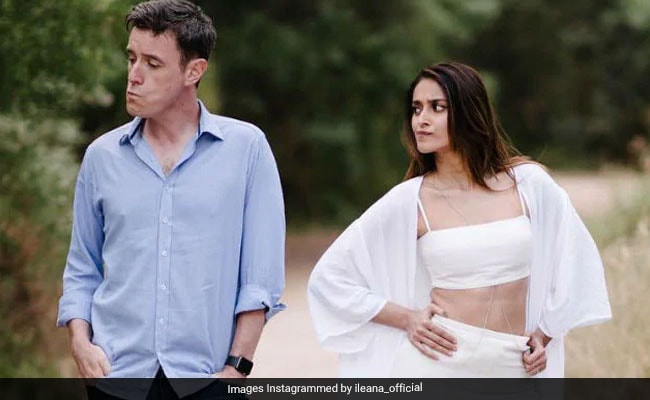 Ileana D'Cruz and Andrew Kneebone found themselves topping the trends list on Monday evening as reports of them unfollowing each other on Instagram began cropping up. Ileana D'Cruz and Andrew Kneebone no longer follow each other on Instagram and it appears that Ileana, whose Instagram was filled with loved-up photos of Andrew, has deleted pictures of them together from her feed. A quick trip to Andrew Kneebone's Instagram also reveals that photos of Ileana have been removed from the feed. The Internet makes the observation about Ileana and Australian photographer Andrew unfollowing each other amidst reports that they are going through a rough patch.

However, Ileana's Instagram still has a few pictures of her clicked by Andrew.

Got caught in the rain the other day. Had mixed feelings about it as you can see - @andrewkneebonephotography

In December 2017, Ileana D'Cruz addressed Andrew Kneebone as "hubby" in her Christmas post but she refused to confirm her relationship status in subsequent interviews. In a Q and A session on Instagram last year, the 32-year-old actress was asked why she's dating "a foreigner man" when her response won over the Internet: "I fell in love with a person's heart. His skin colour or nationality doesn't matter to me," she said. Ileana's last post about Andrew Kneebone was an adorable birthday wish for him, dated July 19. Sharing a hand-in-hand photo of the two, Ileana wrote: "Happy Birthday you gorgeous man. Wish I could've been with you today but hey I kinda am." In June last year, Ileana had spoken about how Andrew Kneebone helped her battle depression: "Things had got so bad that I was pushing people away. I didn't realise how much I was alienating people. I would constantly refuse to go out when friends would call. At one point, I didn't realise I was at home for a week... After that, I got an ultimatum from him."