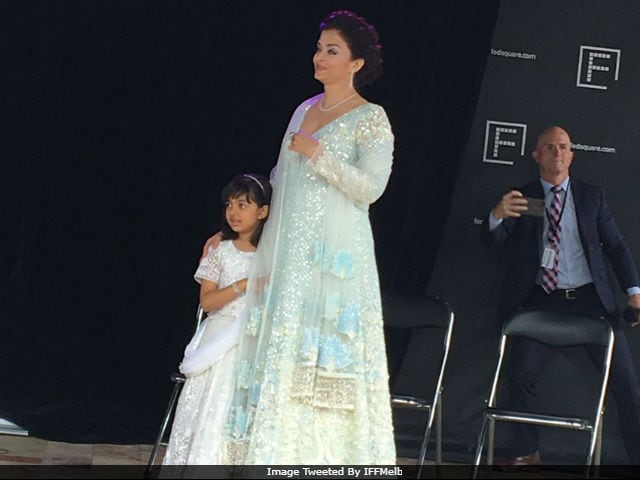 New Delhi: Actress Aishwarya Rai Bachchan, who is currently in Melbourne to attend the Indian Film Festival of Melbourne (IFFM) 2017, hoisted the Indian flag to mark the 70th Independence Day celebration. Aishwarya is accompanied by her five-year-old daughter Aaradhya. The mother-daughter duo stole the limelight with their appearance. Aishwarya opted for a sea green Indian outfit while Aaradhya wore a lehenga. Aishwarya, 43, is first Indian actress to hoist the Indian flag at the event. On Friday night, Aishwarya walked the red carpet in stunning black embroidered dress. She was awarded with the Westpac IFFM Excellence in Global Cinema award at the event.

Check out these pictures of Aishwarya and Aaradhya from the event.

Aishwarya looked like a million bucks in this black outfit.

"I'm so humbled and filed with gratitude to be given this award. We as creative people always wish to do more and I'm far far away from resting. As an artist I have so much more to explore but it's great to have this honour. But above all I must thank the fans, who have loved me so immensely and it's because of you we get to live our dream, our passion," Aishwarya said after winning the award.

Promoted
Listen to the latest songs, only on JioSaavn.com
Aishwarya and Aaradhya left for Melbourne on Thursday night. Actor Abhishek Bachchan, Aishwarya's husband, came to see them off at the airport. 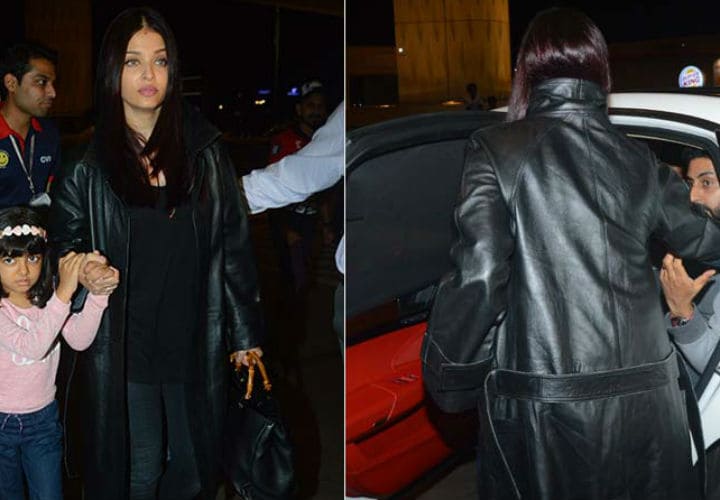 Meanwhile, Konkona Sen Sharma's Lipstick Under My Burkha was named the Best Film while she won the best actress award. Sushant Singh Rajput got the Best Actor award for M.S. Dhoni: The Untold Story. Nitesh Tiwari won the Best Director award for Dangal.

The Indian Film Festival of Melbourne (IFFM) began on August 10 and will continue till August 22.
Comments
aishwaryaaishwarya aaradhya