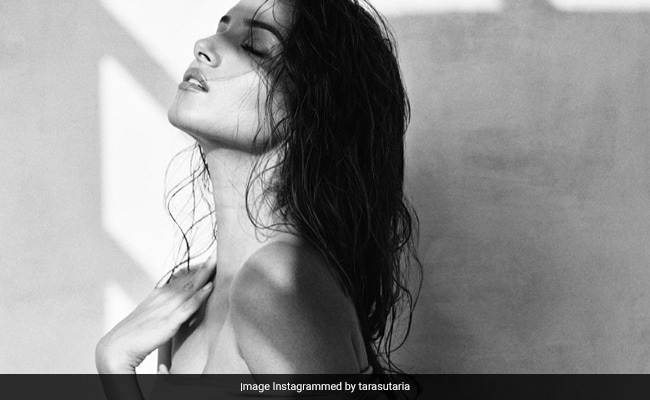 Every now and then, Tara Sutaria decides to set Instagram on fire and does so with much success. Tuesday was one such day. The Student Of The Year 2 actress zeroed in on a few clicks from what appears to be a previous photoshoot and decided to share them with her Instafam. Dressed in a crop top and skirt, Tara Sutaria's sun-kissed mood made for some sultry photos. One of them, she captioned with lyrics from Doris Day's song Tea For Two. Tara Sutaria's Tuesday mood appeared to strike a chord with boyfriend Aadar Jain, who dropped a few... ahem... flirtatious comments on Instagram. In one of the posts, he posted the drool emoji while in another, captioned as "Fever" by Tara, Aadar wrote: "You give me..." 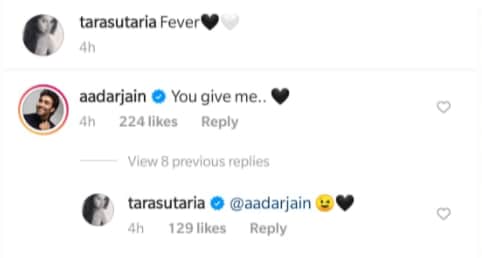 Aadar Jain is Ranbir Kapoor and Kareena Kapoor's cousin. Since he started seeing Tara, the Student Of The Year 2 actress has been officially part of Kapoor get-togethers and family functions. The couple were also spotted holidaying together in the Maldives last year.

Aadar Jain stepped into Bollywood with 2017 with Qaidi Band and is currently busy promoting his upcoming movie Hello Charlie. Aadar Jain also worked as an Assistant Director for Karan Johar's 2016 movie Ae Dil Hai Mushkil. In terms of work, Tara Sutaria will next be seen in Ek Villain Returns, co-starring John Abraham, Arjun Kapoor and Disha Patani. A former Disney star, Tara Sutaria has featured in films such as Marjaavaan and Tadap.