ICYDK: Shanaya's Cousin Arjun Kapoor Styled Her In This Pic

"This is cute," Shanaya's BFF Navya Naveli Nanda wrote in the comments section 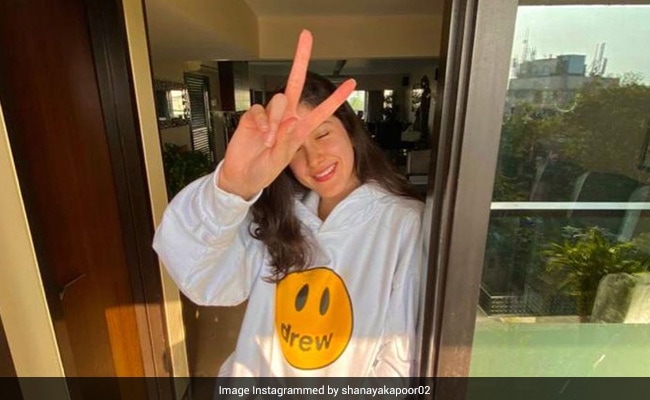 What's so special about Shanaya Kapoor's latest Instagram entry, you ask? Well, we'll tell you. To begin with, the styling credits for the pictures go to her cousin and Bollywood star Arjun Kapoor. Secondly, the photograph was clicked by her brother Jahaan Kapoor. Oh, guess who edited the shot? None other than her cousin Khushi Kapoor. Now, isn't that cool? In the picture, Shanaya can be seen dressed in an oversized white sweatshirt. The caption on her post read, "Styled by: Arjun Kapoor clicked by: Jahaan Kapoor, edited by: Khushi Kapoor. Hehe." She accompanied the post with the hashtag #famjam and added a heart emoji to it. Shanaya's BFF Navya Naveli Nanda wrote in the comments section: "This is cute."

Shanaya Kapoor, daughter of Bollywood actor Sanjay Kapoor and jewelry designer Maheep Kapoor, stepped into Bollywood with the 2020 Netflix film Gunjan Saxena: The Kargil Girl, which featured her cousin Janhvi Kapoor in the lead role. Shanaya began her career as an assistant director with that film.

Shanaya Kapoor also made cameo appearances in in Netflix's smash hit The Fabulous Lives Of Bollywood Wives. She came into the limelight when she made her debut at the Le Bal in Paris in the year 2019.