"I Was Reborn": Dipika Chikhlia On How Playing Sita Changed Her Life

"I waked as Dipika and at the end of the corridor I became Sitaji," wrote Dipika Chikhlia 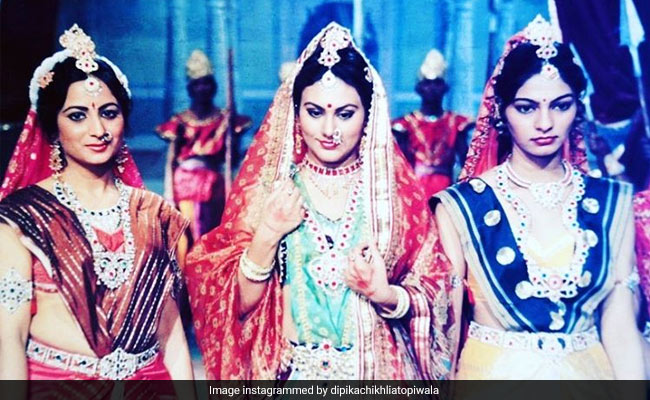 Dipika Chikhlia, known to fans of Ramanand Sagar's Ramayan as Sita, shared a stunning picture of herself from the sets of the popular TV show on her Instagram, on Monday. In her post, Ms Chikhlia talked about how the Eighties' TV show changed her life forever and for good. To quote Ms Chikhlia, she was, in a way, "reborn" after being a part of the show. Sharing the picture on her Instagram profile, Dipika Chikhlia wrote: "It's that 1 step and that one day that changes who you are. Your life...One such walk. I waked as Dipika and at the end of the corridor I became Sitaji ...I was reborn."

It's that 1 step .and that one day , that changes who you are ,and your life ...one such walk ..I waked as Dipika and at the end of the corridor I became sitaji ...I was reborn ....#sita#seeta#love#fans#family#walk#dressing#sisters#royal#shy#future#sisters#ramayan#sagarworld#shivsagarchopra #tv#television

Earlier this year, Dipika Chikhlia, 55, appeared on the talk The Kapil Sharma Show, where she revealed that she became so identified as Sita even off screen that people rarely greeted her with "hi or hello", instead, they always bowed down before her with folded hands.

Rebroadcast of #Ramayana on #Doordarshan smashes viewership records worldwide, the show becomes most watched entertainment show in the world with 7.7 crore viewers on 16th of April pic.twitter.com/edmfMGMDj9