"I Get So Many Blessings," Says Sonu Sood, Who Is Helping Migrants Get Home

"I was deeply saddened to see them walking with their little children on foot," said Sonu Sood 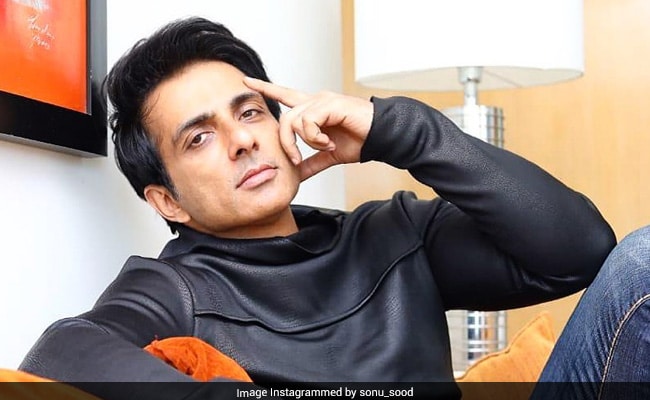 Sonu Sood has been arranging for buses for migrants (courtesy sonu_sood)

Actor Sonu Sood has been arranging buses and food for stranded migrants during the nationwide lockdown. The actor, replying to a migrant walking home, tweeted once: "Paidal kyun jaoge, mere dost? (Why will you walk back home, my friend?)". ANI spoke to Sonu Sood, who has reunited thousands of migrant families during these testing times by arranging safe road travel to their native places. Lakhs of migrant workers, out of jobs and money since the lockdown was imposed in March, have been walking or cycling to their home states.

"I was deeply saddened to see them walking with their little children on foot. These are the people who built our houses, our offices, they have laid the roads and I feel that we should not leave them in such distress," Sood said while explaining the reason that drove him to take up the initiative.

"I thought that I have to come forward to help them and that is why I personally spoke to the governments, local as well as state, and got the arrangements done," he added.

Sood, who is known for his roles in hit films like Dabangg, Simmba, and Singh Is Kinng, is currently being hailed on social media for reuniting migrant labourers with their families.

Overwhelmed with the blessings, the actor says that he will continue working until the last migrant reaches home.

"I get so many blessings and I cannot put my feelings into words. All I can say is that I will always try my best to work on the expectations that people have from me. I will continue working until the last migrant reaches his home," says Sood.

Speaking about the funds that go in to arrange road travel, Sood said that though he started the journey with his close friends and family on his own but he is now joined by volunteers who are coming forward to help in different ways.

Sood believes that it is important to take real action instead of just expressing grief over the social media about the situation.

"I always believe that expressing grief on social media isn't enough, it is very important to take some action. I don't say that everyone should come out for help but I feel that God has made me his source for helping them," the 46-year-old actor says.

"I always believe that at this point these people needed a token of trust, a belief that there is somebody who is there for them," he further says.

"Celebrities have always come forward for donations and they have helped in different ways and all of that is worth the appreciation. I don't say that everyone should come out in the field. I just chose a different way, at the same time everybody is doing their job right," the Dabangg actor says.

When asked about precautions that he takes while stepping out of the house as required by his initiative, the actor says: "I do go on the roads, on the field for this work and taking precaution is of utmost importance so I do that. I keep safety kits with me always."

"I often give out the message to the migrants when I see them not wearing masks or taking precautions. I feel giving them small messages about the precautionary measures will spread awareness and we will soon get back to our normal life," he adds.

The 46-year-old actor ended the interview by sharing a beautiful thought by his mother and urged people to help the needy in the best way possible.

"My mother always says that you are successful only when you are capable of helping somebody. So I feel whatever I could do I could do only with the blessings of my parents. That being said, I want to ask people to help the needy ones in any which way they can," Sood says.

Pictures of Sood waving at the labourers seated in buses has been winning hearts on the Internet since early May.

As coronavirus crisis threw life out of gear, thousands of migrants have been stranded in urban areas with no livelihood and very little to survive forcing them to walk back home.

The centre is running special "Shramik" trains for migrants, but hundreds of them who have not found transport continue to walk home.