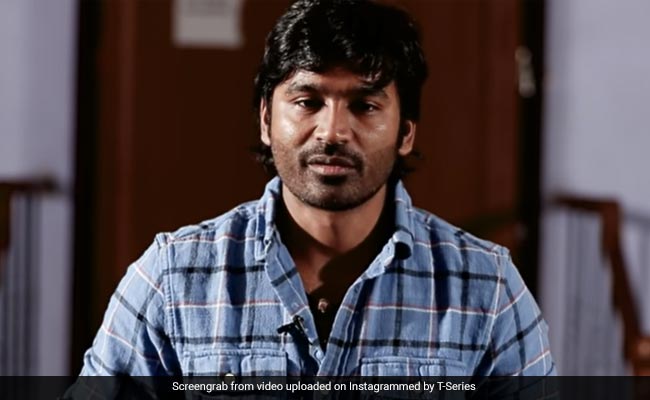 If you are planning to watch Amitabh Bachchan's Jhund, then check out what Dhanush has to say about the film. In a video shared on T-Series' YouTube channel, Dhanush is praising Amitabh Bachchan, the cast of Jhund and the film's director Nagraj Manjule. "I don't know where to start. Mind-blown, simply mind-blown. Nagraj Manjule is a voice to be heard, a force to reckon with. I can say thousand technical things about this film that it's brilliant. At the end of the day, it's about the emotion that triumphs over everything else. It is an experience that everybody should go through. It is a masterpiece and this is going to make a lot of heads turn. I am very happy to have watched this film," said Dhanush.

Talking about Amitabh Bachchan, Dhanush added, "I'm a speechless. It's a mind-blowing film. Of course, Amit ji has done outstanding work. I am so happy for the entire team. Once again, I wanted to thank Nagraj Manjule for giving us a film like this."

Check out what Dhanush has to say about <i>Jhund</i>:

Dhanush and Amitabh Bachchan have worked together in Shamitabh, which released in 2015 and was directed by R. Balki. The film was jointly produced by Sunil Lulla, Balki, Rakesh Jhunjhunwala, R. K. Damani, Amitabh Bachchan, Abhishek Bachchan under their respective production banners.

Jhund will release on March 4 and stars Amitabh Bachchan. The film is based on the life of Vijay Barse (played by Amitabh Bachchan), who founded the NGO called Slum Soccer.