Amitabh Bachchan "His Films Have Had A Huge Influence On Me," Says Director Nagraj Manjule 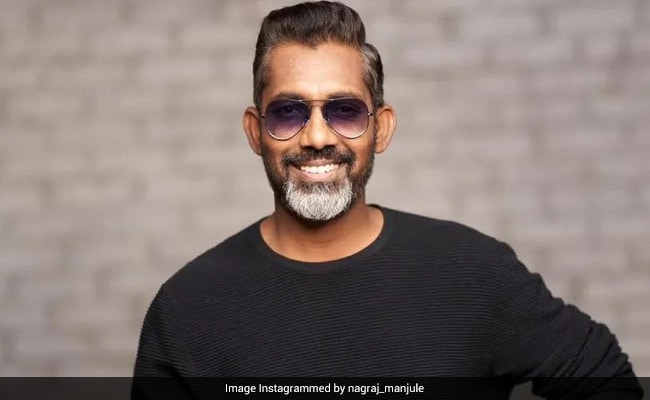 Growing up, filmmaker Nagraj Manjule says world of Amitabh Bachchan films was a huge influence on him and he credits the megastar for making him fall in love with cinema.

Manjule, maker of some of the most acclaimed films of last decade including "Fandry" and "Sairat", said in his Jeur village in Maharashtra's Solapur district, he was the local Bachchan.

"His films have had a huge influence on me, the start of my love for cinema. In my growing up years, till the time I was in tenth standard-- before I failed and moved away from cinema—he was my world. I was such a big Bachchan fan that there's no film of his that I would have missed watching," the director told PTI.

The megastar's films like "Yaarana", "Main Azaad Hoon", "Deewaar", "Khuda Gawah" and "Satte Pe Satta" had a huge impact on him, he asserted.

"Satte Pe Satta", especially, the maker said he watched close to 50 times, sneaking in cinema halls only catch the entry sequence of Bachchan's as killer Babu .

"I would have watched the film minimum 50 times in those days just for that sequence and return home or sometimes only go to watch that sequence! Such was his influence on me. I would watch three-four film shows of his, in a single day! " From dressing up like his cinema icon, to mouthing his dialogues, Manjule said he adapted Bachchan's on screen persona in every way possible.

"Main itna bada deewana tha (I was such a huge fan). I would copy his style, tie my shirt in knots like him from 'Deewaar' and go to school. I would often get punished too, but never stopped. Basically, main apne aapko Bachchan samjhta tha (I thought I was Bachchan) and would roam around like him, mouthing his dialogues," he added.

The 43-year-old director is now gearing up for his latest "Jhund", which is headlined by Bachchan.

The film features the megastar as Vijay Barse, a Nagpur-based retired sports teacher who pioneers a slum soccer movement.

For Manjule, collaborating with his favourite artiste was surreal.

"It was daunting when I would think, how will I possibly be able to work with him. Before 'Jhund', I had only worked with no actors. So I would think what would be the process, how will I direct him. But credit to him, he really never made me feel any pressure or burden".

The filmmaker said he knew working with the 79-year-old screen icon was a once in a lifetime opportunity and hence he wanted to make the most of the opportunity.

"I was careful that this was a once in a lifetime opportunity for me. Someone whose work you have seen only on the screen and now you get a chance to collaborate, that was huge. I lived every moment with him, every second of working with Bachchan sir was precious," he added.

The film is scheduled to release on March 4. PTI JUR SHD SHD