Hrithik's Mohenjo Daro Shredded by Twitter For Not Looking Authentic 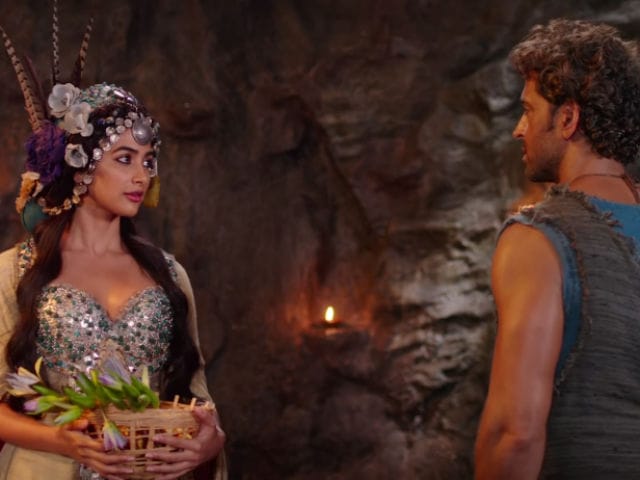 A still from Mohenjo Daro.

New Delhi: It would be safe to say that Mohenjo Daro is a crucial film for both its star Hrithik Roshan, who hasn't had a film out since 2014's Bang Bang, and its director Ashutosh Gowariker, whose last movie was 2010's poorly-received Khelein Hum Jee Jaan Sey. But they might have to brace themselves for it seems that the trailer, released on Monday, hasn't impressed everyone wholesale.

Mr Gowariker, long practiced at making period pieces, did a fine job with Lagaan and Jodhaa Akbar - he appears to have faltered somewhat with Mohenjo Daro, set in the Indus Valley Civilisation in the year 2016 BC. Despite consulting a team of archaeologists, it's instantly clear from the trailer that anyone in search of an authentic depiction of life in an ancient world should not be expecting to see it in this film. Twitter, for one, is not.

Tweets ridiculing the trailer of Mohenjo Daro have flooded social media. Some are pointing out inaccuracies, others are commenting on how like a mashup of Baahubali it seems:

Gowarkar's Mohenjodaro trailer succumbs to the worst stereotypes of exotic orientalism. This isn't creative licence. It is low brow populism

Shouldn't Ashutosh Gowarikar have realised that the actual citizens of Mohenjodaro couldn't have called it that- the mound of the dead?

#MohenjoDaro means 'mound of the dead' in Sindhi. It was an archeological name given to the site when excavations began in the 1920's.

Someone on the team knows that the original name of the Indus age settlement was most probably not Mohenjodaro, right? :D

@ChampDev_@kamaalrkhan Are they showing reality? Did women in mohenjodaro go to the parlour for hair and waxing? And men had gyms?

what are these US immigrants doing in Mohenjodaro ? pic.twitter.com/8dF2HBAbPF

Bae- come over.
Me- no it's burning outside, i am in the bathtub.
Bae- parents aren't home
Me- pic.twitter.com/AKeVeXWxlv

#Mohenjodaro looks like a mixture of #Baahubali & #Agneepath... But hope 4 something new...

Looks like Harappan women perfected that Cannes pose before Angelina Jolie did. #MohenjoDaro#Bollywood#Lolpic.twitter.com/W1A1IeUgfY

I mean, there are literally hundreds of terracotta figurines depicting Harappan women. Take a cue?

Everyone knows the the (migrating) Aryans had a fair complexion.Not the Harappans. But fair is all that works for BTown.Thoroughly disgusted

Also half of those signs in the background are not from Harappan pictography. Some are hierogylphs. #Facepalm

Mohenjo Daro, Hrithik Roshan's second collaboration with Ashutosh Gowariker after Jodhaa Akbar, is scheduled for an Independence Day release when it will fight for audience attention with Akshay Kumar's Rustom.