Hrithik Says Thanks For Response to Mohenjo Daro, Ignores the Ridicule 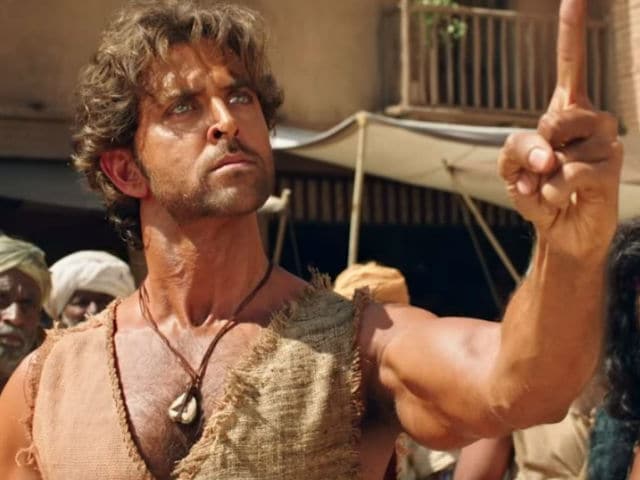 Hrithik Roshan in a still from the film Mohenjo Daro.

New Delhi: The trailer of upcoming period drama film Mohenjo Daro has been viewed more than 30 million times since it was released on Monday evening and the film's lead actor Hrithik Roshan is very happy with the response.

"We all have worked very hard on this film and so we were super excited to present our trailer to the audiences. My fans mean the world to me and getting a thumbs-up from them is all I ever aim for," Hrithik, who is currently in Madrid for IIFA, said in a statement.

@iHrithik makes every film an #epic just by being in it.. https://t.co/5kVP1yBUmh#MohenjoDaro Can't wait to catch it!

Whoa! @iHrithik you have slayed it again, how do u do it man!?#MohenjoDaroTrailer looks grand & how! Can't wait to watch it

Can't WAIT to be transported by this EPIC in August! LOVE the power of storytelling. @iHrithikhttps://t.co/vOZjgHg3RP#MohenjoDaro

The Bang Bang! star said in the statement that he is "truly humbled with the response and all the lovely messages" that have come his way.

Not everyone was as impressed by the trailer of Mohenjo Daro, however, and several tweets pointed out that the film, set in the ancient Indus Valley, appears to lack authenticity. Hrithik seems to have carefully ignored the chatter ridiculing the costumes and noting other inaccuracies.

Users slammed the look and feel of the movie and, in particular, of its heroine, played by Pooja Hegde.

Gowarkar's Mohenjodaro trailer succumbs to the worst stereotypes of exotic orientalism. This isn't creative licence. It is low brow populism

#MohenjoDaro means 'mound of the dead' in Sindhi. It was an archeological name given to the site when excavations began in the 1920's.

Everyone knows the the (migrating) Aryans had a fair complexion.Not the Harappans. But fair is all that works for BTown.Thoroughly disgusted

Looks like Harappan women perfected that Cannes pose before Angelina Jolie did. #MohenjoDaro#Bollywood#Lolpic.twitter.com/W1A1IeUgfY

Pooja will make her Bollywood debut with the film, which is slated for August 12 release. Mohenjo Daro is co-produced by Siddharth Roy Kapur and Sunita Gowariker.

On A Scale Of 1 To Mandira Bedi, How Jealous Are You Of This Pool Pic?