Preity Zinta, who co-starred with Hrithik in films such as Lakshya, Mission Kashmir and Koi... Mil Gaya, wrote "wow" 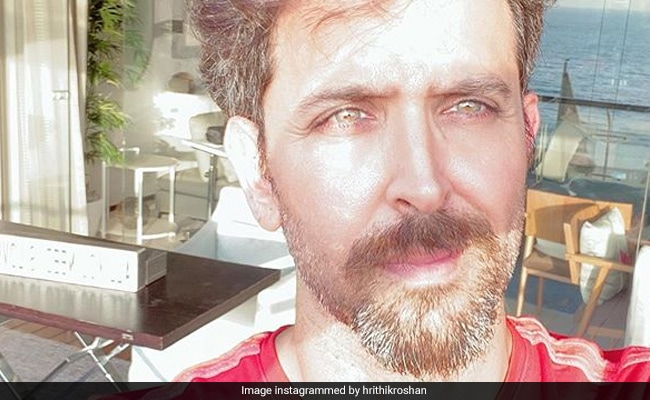 Hrithik Roshan's post on Thursday morning made our day. Not just ours but also Instagram's, of course. The 46-year-old actor posted a close-up selfie and captioned it simply with just one word: "Morning." That's all Hrithik Roshan had to do to send his Instafam into a tizzy. Hrithik's post has garnered over 15,000 comments in just a few hours. Preity Zinta, who co-starred with Hrithik in films such as Lakshya, Mission Kashmir and Koi... Mil Gaya, wrote "wow" and dropped the fire icons, which also turned out to be the most shared icon on Hrithik's post. Nushrat Bharucha, a self confessed fan of Hrithik, posted the heart-eyed emoji. The most adorable reactions came from Hrithik's parents - his filmmaker father Rakesh Roshan wrote: "Super" while Hrithik's mom Pinkie wrote: "Good morning, my son." How cute!

By now we know that Hrithik loves sharing selfies. He trended a great deal for his post about getting a good dose of Vitamin D everyday: "Get your shot of sun. Every day. 10 mins. Find a way," he wrote.

. Get your shot of Sun. Every day. 10 mins. . Find a way. #stayalert #mentalhealth #vitd #staybright #lockdowntips

Here's when Hrithik's thunder was stole by Zane, his pet dog.

. Zane wants to tell you to stay home like his daddy . . . #stayhome and #loveyourdog #resilience #followtherules #coexist #coronavirus

Hrithik Roshan's love for selfies continued like this. He said the "black and grey and white" is a "sign of the times."

Hrithik Roshan was last seen in action thriller War, ahead of which he starred in Super 30. Hrithik will next be seen in the next instalment of the superhero franchise - Krrish 4, which will be directed by Rakesh Roshan.

Nafisa Ali, 63, Shares A Beautiful Memory From When She Was 25