Hrithik Roshan's Kaabil Trailer: Will He Win the Fight Against Darkness? 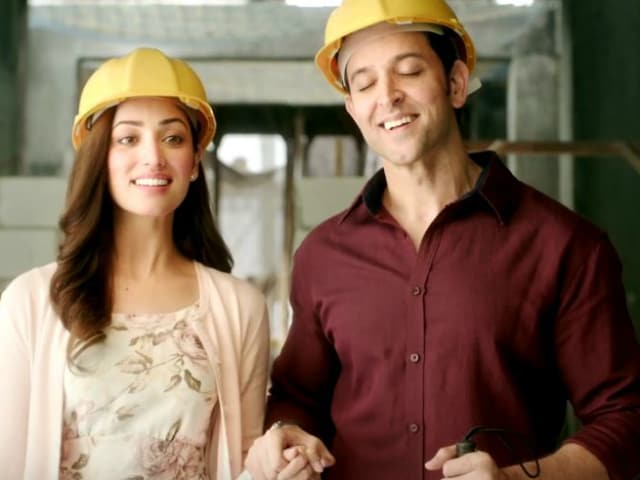 A still from the trailer of Kaabil

New Delhi: The trailer of Hrithik Roshan and Yami Gautam's Kaabil released on Tuesday evening and it will take you on a roller coaster ride.

Hrithik plays Rohan Bhatnagar while Yami Gautam's character is only addressed as Su - both of who are visually impaired in the film. The trailer has all the makings of a true blue love story - romantic dates, fun-filled moments between the two, a wedding and homemaking sequences. Enters Ronit Roy and darkness takes over in the life of Rohan and Su. It appears that Su becomes the victim of an unfortunate incident.

Haunted by Su's predicament, vengeance becomes Rohan's only goal and the trailer turns into a death match of sorts in which there is "no lifeline."

Watch the trailer of Kaabil:


Earlier in the week, interest was piqued with multiple posters from the film:

Vengeance is blind. But my #MindSeesAll#Kaabil presenting the first poster pic.twitter.com/6mQzuH7Ic9

When d light goes out, will u embrace d darkness? Presenting Hrithik Roshan as Rohan in Kaabil! #KaabilRevealed@iHrithik@_SanjayGuptapic.twitter.com/kNwBrubTG4

In darkness they lived and loved. Then one day, everything changed. #MindSeesAll@iHrithik@RakeshRoshan_N@_SanjayGupta@FilmKRAFTfilmspic.twitter.com/Q6BbP5x79Z

At a media interaction of Kaabil, Hrithik told NDTV how he prepped for his character in the film. "Al Pacino in Scent of a Woman was probably the only performance I took note of before doing this," Hrithik said.

Hrithik, who also admitted that shooting for the action sequences were particularly difficult, added: "There is not a single note of playing the victim in my role. It is because I have spent some time with visually impaired people of late. They have come to my house, taken selfies with me and made fun of me. They told me that they are my biggest fans and have seen or rather heard all my films."

Promoted
Listen to the latest songs, only on JioSaavn.com
This is the first time Yami Gautam, 27, and Hrithik Roshan, 42, will share screen space. In an interview with IANS, Yami shared her experience of working with Hrithik and said: "He is so inspiring. There is no way that you will come out uninspired when you talk to him or work with him. Now I know what makes him a superstar. He never takes his work for granted at all. He has the zeal to keep outdoing himself, make himself better than before. He is so inspiring. He will make sure that you are absolutely in your character and that what you deliver is the perfect shot. It's not just with me. It's with anyone working with him."

The Sanjay Gupta-directed film is produced by Hrithik's father Rakesh Roshan. Kaabil also stars Rohit Roy and Girish Kulkarni. Kaabil is set to release on January 26, when it is expected to clash with Shah Rukh Khan's Raees.