Hrithik arrived on the sets dressed in a floral printed shirt and denims, which he paired with a pastel-green coloured jacket 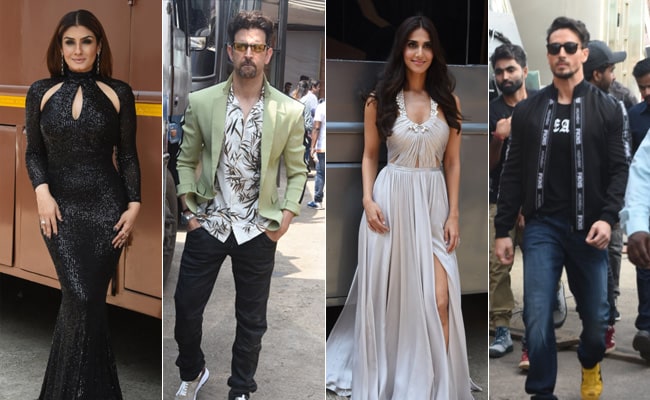 Raveena, Hrithik, Vaani and Tiger on the sets of Nach Baliye.

Hrithik Roshan, Tiger Shroff and Vaani Kapoor visited actress Raveena Tandon on the sets of dance reality show Nach Baliye on Monday to promote their upcoming film War. The stars were spotted on the sets prepping for shoot with the Maatr actress. In the pictures, Hrithik Roshan looks dashing in a floral printed shirt and denims, which he paired with a pastel-green coloured jacket. Vaani Kapoor looks gorgeous in a white high-slit maxi dress while Tiger Shroff can be seen dressed in a black t-shirt, denims and a black jacket. Raveena Tandon, who is one of the judges on Nach Baliye, can be seen wearing a black sparkling dress. In case you didn't know, Hrithik and Tiger are not promoting War together, therefore, they will appear separately on this week's episode of Nach Baliye (more on that later).

First, check out their pictures here: Hrithik Roshan photographed on the sets of Nach Baliye. 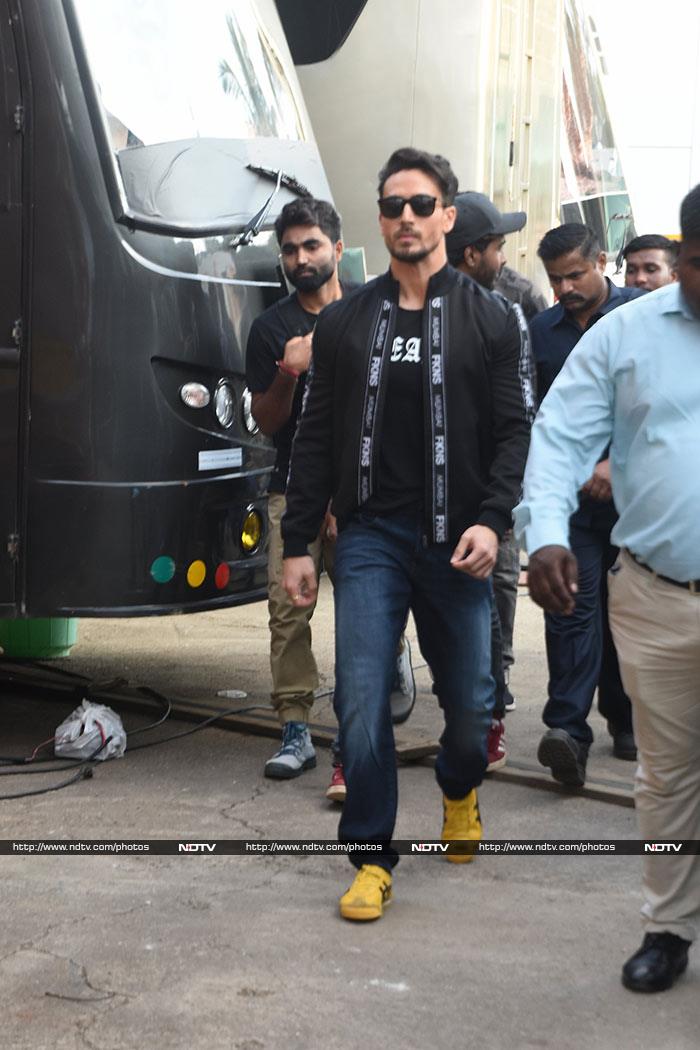 Tiger Shroff clicked on the sets of Nach Baliye. 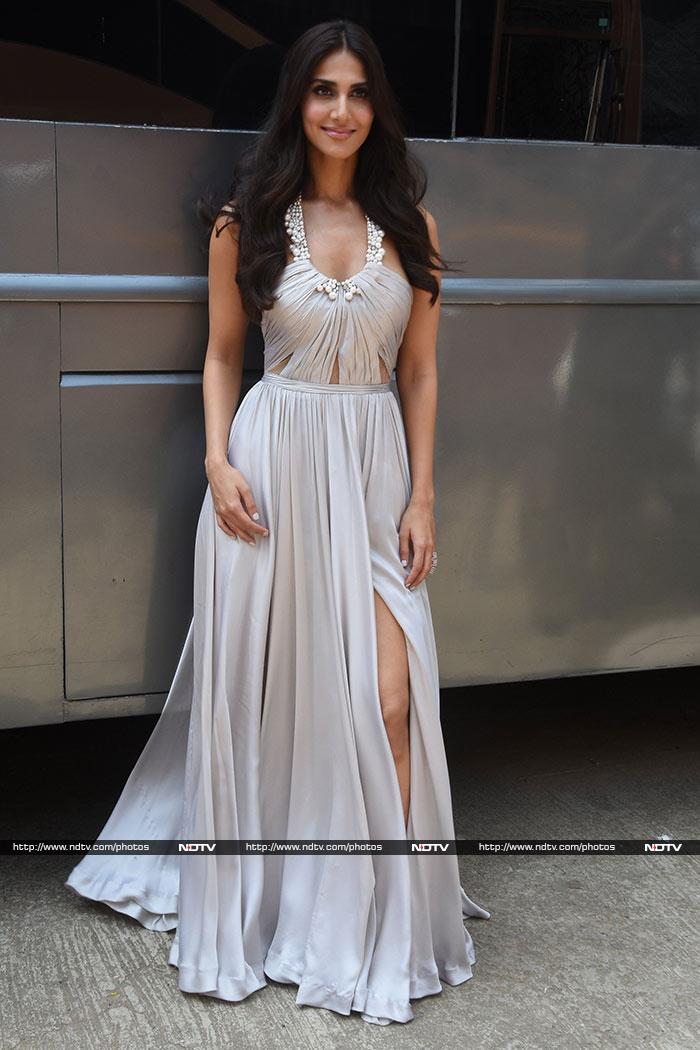 Vaani Kapoor was all smiles. 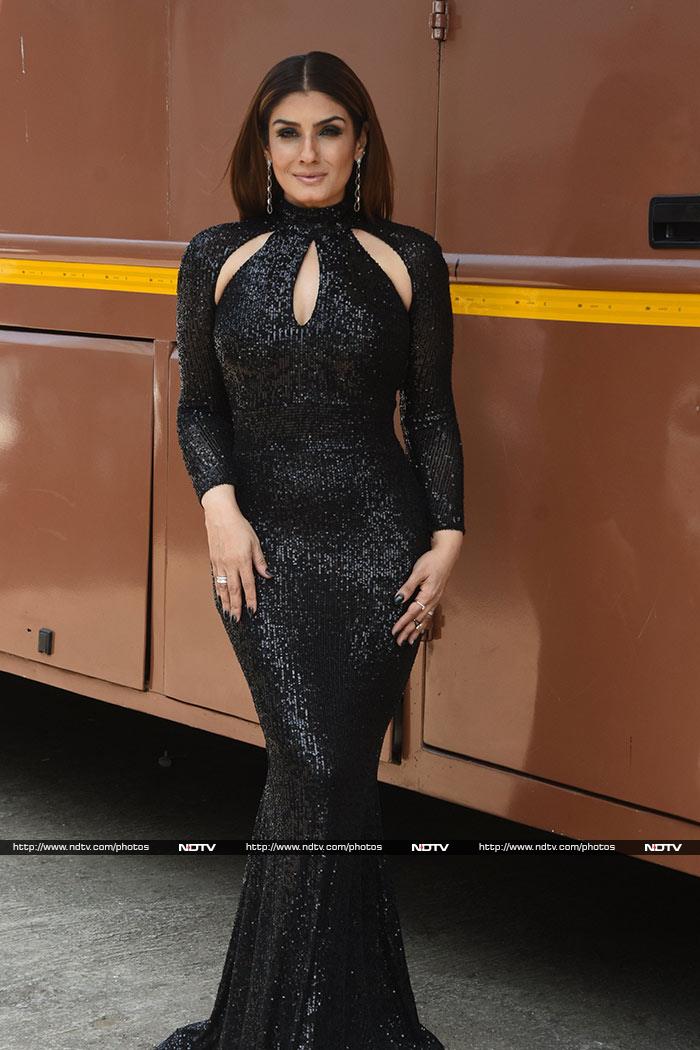 Earlier, the film's director Siddharth Anand said that he plans to keep Hrithik Roshan and Tiger Shroff separate during the promotional gigs as it will "increase the anticipation for the movie." In an interview with news agency IANS, he said: "Hrithik and Tiger have fought each other mercilessly (in the film) and we wanted to translate this on-screen rivalry into an off-screen conversation point. They will not share the same stage during the promotions of the film."

Produced by Aditya Chopra, War revolves around the story of special agent Kabir (played by Hrithik Roshan) and his protege Kahlid (played by Tiger Shroff), who has now been tasked with capturing and killing his mentor. War marks Hrithik Roshan and Tiger Shroff's first collaborative project. The film also features Vaani Kapoor in pivotal role.

War is slated to open in theatres on October 2