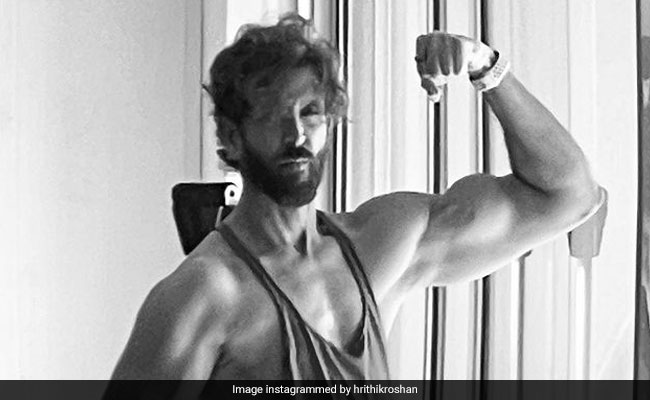 When you hear the words "Bollywood's Greek God", if the first name that pops in your head is Hrithik Roshan, you are not alone. The actor - who is loved as much for his acting skills as he is for his gorgeous looks and dancing talent - is quite active on social media. This gives us all a peek into his life through a plethora of pictures and videos of the actor looking his absolute best. Now, Hrithik Roshan seems to have decided that he wants to break the Internet with a photo of his bicep. And this is no ordinary bicep. It is a "Bollywood bicep", Hrithik Roshan said in the post. Here, the actor is seen flexing his muscles. As for the caption, he wrote, "Bolo Bollywood bicep ki jai (All hail the Bollywood bicep)." Well, you bet we are, Hrithik.

Just a few hours ago, the actor shared some behind-the-scenes images from a shoot on Instagram Stories. In them, Hrithik Roshan is dressed in a black T-shirt, with Khakhi pants and a shirt. What also caught our attention are the captions that he has added to each of the pictures. In the first image, Hrithik has written, "Ready for action." 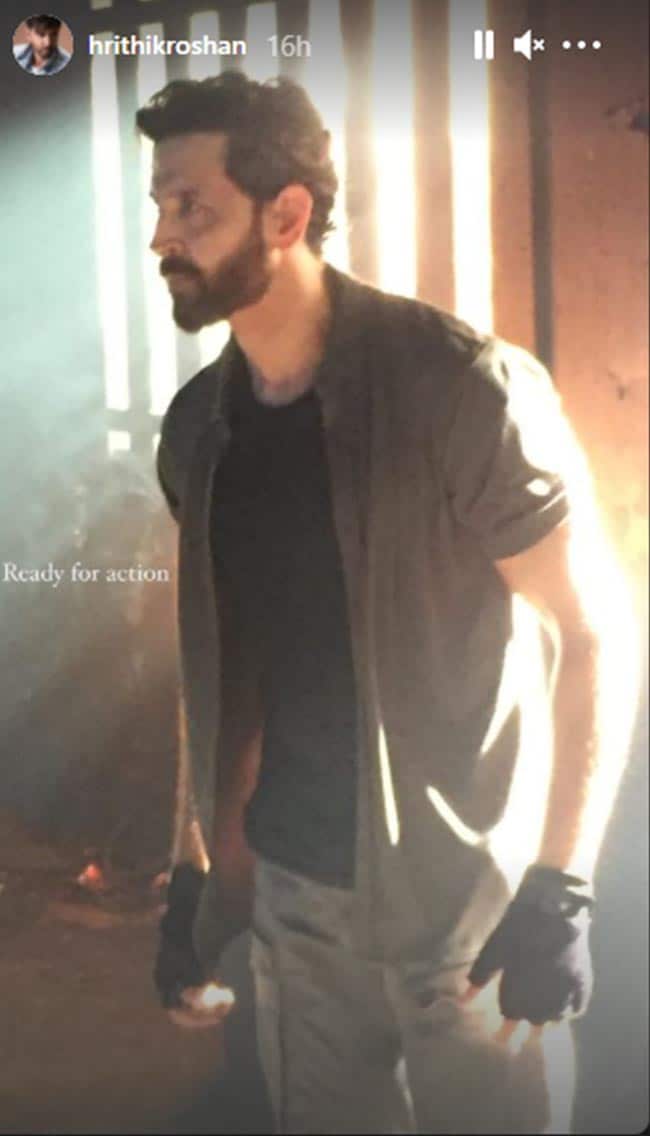 He follows this up with another image with the note, “Yup. Go ahead. Punch me.” 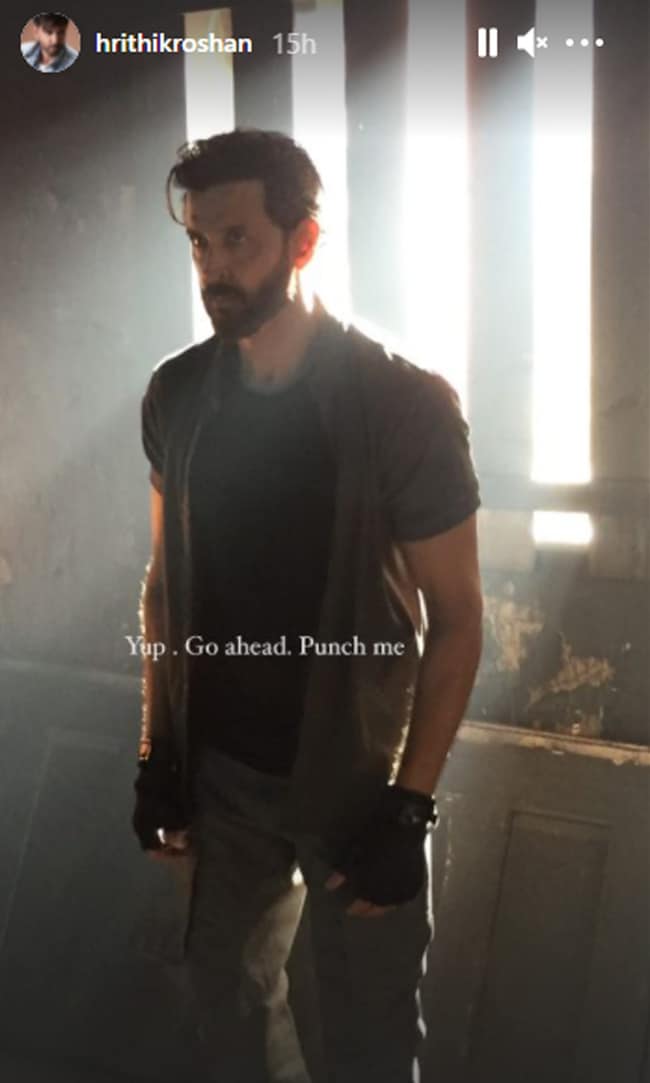 The last of the three images is a stunning selfie of the actor. In it, he is seen making a face for the camera.  He wrote in the caption, “My partner. Mr Blue Steel. With my other favourite Mr Grey. Reunited again.” In the caption, Hrithik Roshan is presumably referring to Blue Steel, a modelling facial expression made famous by Ben Stiller in the film Zoolander. To pull off the look you will have to purse your lips, suck your cheeks in while fixing your eyes on the camera.

So what's “Mr Grey”? Well, we think it has to be Hrithik Roshan's grey hair that became a rage in his last action film War, with people falling in love with the actor's salt and pepper look. 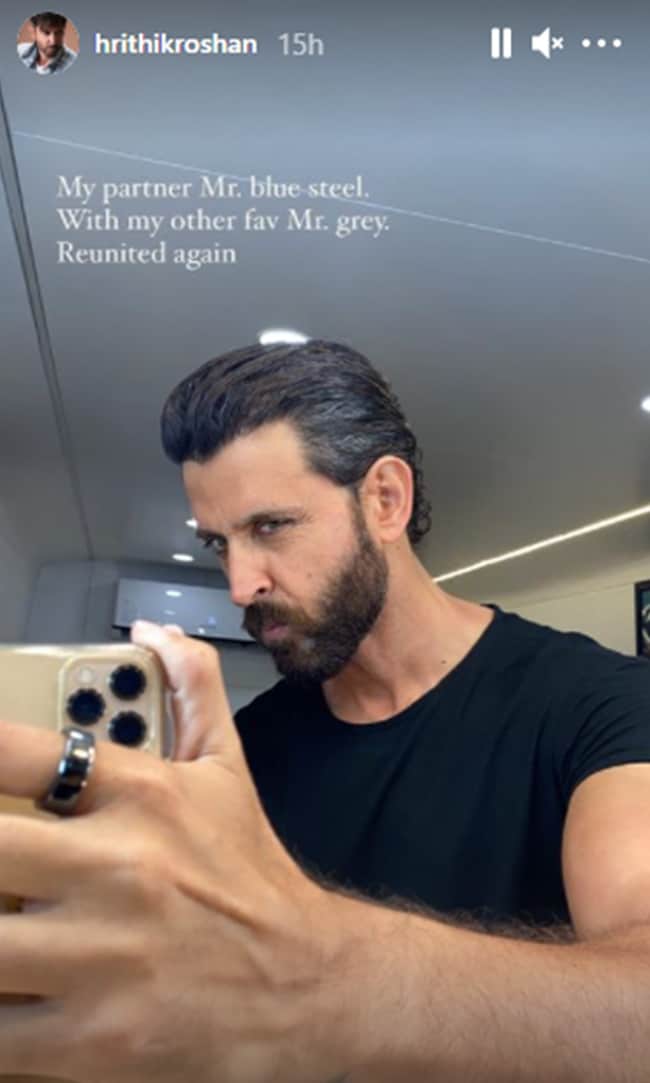 The actor looks good in just about any look or expression and he proved this with another set of photos on Instagram recently.

Hrithik Roshan was last seen in War with Tiger Shroff. He will be seen next in Fighter with Deepika Padukone. He made his debut in 2000 with the film Kaho Naa... Pyaar Ha opposite Ameesha Patel.

Looop Lapeta Trailer: Taapsee Pannu Sprints Her Way To Save Tahir Raj Bhasin. Oh, And Time Is Her Biggest Enemy