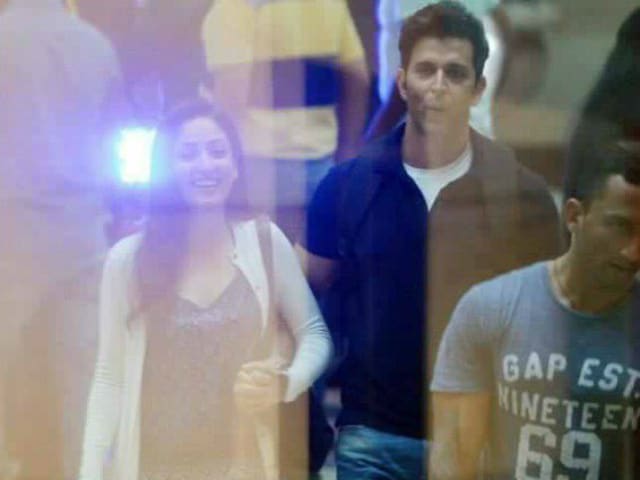 Hrithik co-stars with actress Yami Gautam in the Sanjay Gupta-directed film and pictures of the two have been doing the rounds of social media. Hrithik and Yami, both dressed casually, appear to be navigating a shopping mall.

Yami, who will share screen space with Hrithik for the first time in Kaabil, told news agency PTI that their characters are visually impaired. "My character is different from what I have done. Hrithik and I are playing blind people in the film. It required a certain kind of homework. It is challenging not just for the actors but also for the director and the rest of the crew. But everyone is so much into their zone and they know exactly what they want. I think everybody is working really hard to rise above the script," she said.

When asked about working with Hrithik, she told IANS: "He is so inspiring. There is no way that you will come out uninspired when you talk to him or work with him. Now I know what makes him (a superstar.) He never takes his work for granted at all."

For the film, Mr Gupta has collaborated with action director Peter Hein, whose resume includes films like Agent Vinod, Race 2 and Raavan.

Hrithik Roshan, 42, was last seen in 2014's Bang Bang! and will next appear in Mohenjo Daro, releasing on August 12. Yami Gautam, 27, last featured in Junooniyat.

Produced by Hrithik's father Rakesh Roshan, Kaabil is scheduled to release on January 26, 2017, when it is expected to clash with Shah Rukh Khan's Raees.