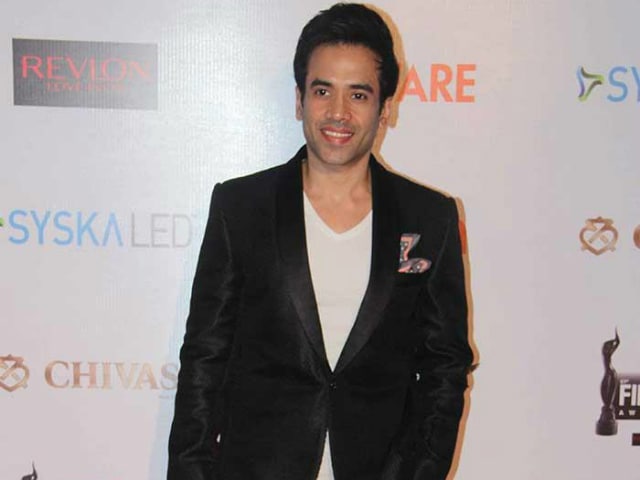 New Delhi: Actor Tusshar Kapoor just did something wonderful - he became a single father to a son named Laksshya, born last week via In Vitro Fertilization or IVF and surrogacy. No prizes for guessing who little Laksshya Kapoor resembles. "My son looks exactly like me. So, it makes me very, very happy and I don't have words to express how excited or how joyous I am," said a thrilled Tusshar.

Tusshar explained how and why he made his decision. "I will be turning 40 in a few months. I feel that I am in the right stage of my life to be a single parent," he said.

His inspiration was filmmaker Prakash Jha. "I met Prakash Sir on a flight and he told me this is a way also to have a family," Tusshar said.

Tusshar, son of actor Jeetendra, has been prepping for parenthood and his family will be helping him be a hands-on dad. "I am the caretaker, me and my parents and Ekta. I have been learning for the last nine months," said Tusshar.

"I am thrilled to be a father! The paternal instincts in me have been overpowering my heart and mind for some time now. Therefore, I am thrilled beyond words to have Laksshya, now the greatest source of joy in my life," Tusshar said earlier in a statement.

A joint statement from Laksshya's grandparents Jeetendra and Shobha Kapoor read: "We could not be more excited to be grandparents to Laksshya, and are completely supportive of Tusshar's decision. This is certainly a tremendous blessing, and an exciting time in our lives. Tusshar is a wonderful son, and he has proven with responsibility, independence, and kindness that he will be a great father to Laksshya."

Tusshar Kapoor has been welcomed to fatherhood by celebrity friends like Karan Johar, Abhishek Bachchan, Riteish Deshmukh and Farah Khan on Twitter.

Am so thrilled to hear this news @TusshKapoor ...huge congratulations and all my love.....bless the family with the best years ahead....

Congratulations Tushki! @TusshKapoor welcome to the best years of your life. You're going to make a superb dad. Lots of love.

Congratulations my dearest @TusshKapoor -couldn't be more thrilled. Welcome to the world of parenting. love & blessings to the new born.

Congratulations @TusshKapoor on becoming a father.. Not everyone has your courage..god bless ur lil Angel.

Tusshar Kapoor joins a small knot of Bollywood stars to choose surrogacy. Aamir Khan and Kiran Rao announced the birth of their son via surrogacy in December 2011. Shah Rukh and Gauri Khan are also reported to have used a surrogate for little AbRam, now three.