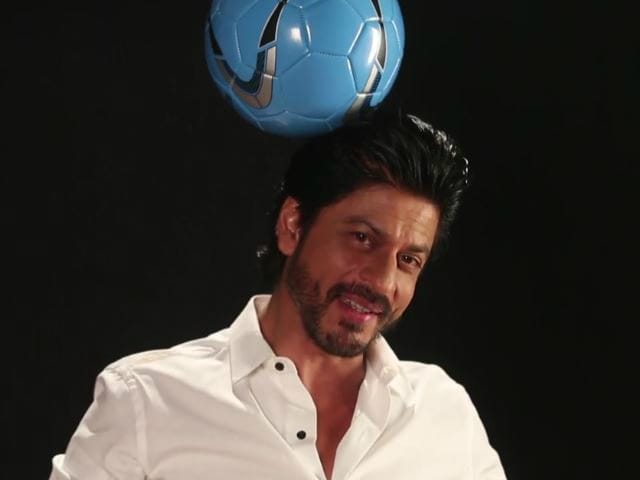 A still from the videos shared by FanTheFilm.

New Delhi: When better than All Fool's Day to play the fool and do foolish things? Shah Rukh Khan, the fan-anointed Badshah of Bollywood, set aside his crown on April 1 to assume the role of court jester. As part of publicity for his new film Fan, SRK accepted a series of challenges set by his followers on Twitter.

Or did he? Did he really eat a cake without using his hands? Solve a Rubik's Cube in seconds flat? Do 300 push-ups in one go? And, umm, sneeze?

SRK might have promised to do "anything" for his fans but let nobody forget that it was April Fool's Day. Here's how Shah Rukh Khan won the day.

.@panku_ The balancing act is not so difficult for our man @iamsrk! Don't believe us? Watch. #FANSFOOLhttps://t.co/UJg2h4UpRy

Hey there @PhalinShah, @iamsrk just had the cake and ate it too! Mission accomplished, right? #FANSFOOLhttps://t.co/7UZzYdVEcp

You see @DramaticChori, @iamsrk can solve a Rubik's Cube just like magic! Watch his skills. #FANSFOOLhttps://t.co/g3CK4W5DPX

.@PhilmySenorita That's a tough challenge but @iamsrk will give it a shot! 300 push-ups coming your way. #FANSFOOLhttps://t.co/Fr65EnE5ea

That's a strange request @Shraygupta. But like we said, @iamsrk will do anything for his FANS! #FANSFOOLhttps://t.co/4c1ajbkpVs