If Gauri Khan and SRK's story doesn't make you believe in love, we don't know what will 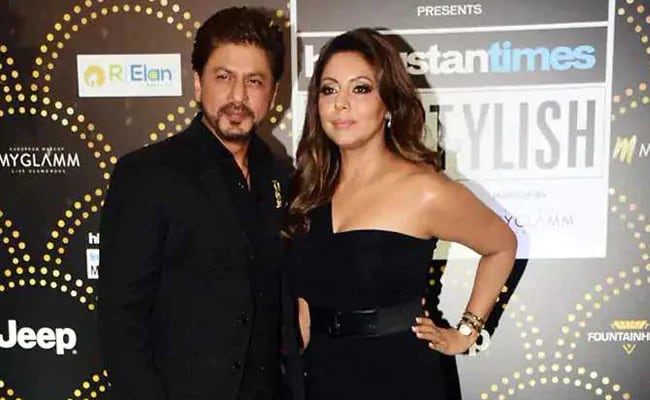 Shah Rukh Khan and Gauri Khan photographed at an event.

Shah Rukh appeared on David Letterman's talk show My Next Guest Needs No Introduction and he made every moment count. During the episode, SRK and David Letterman covered all the aspects of the actor's life. This is the story of how Shah Rukh Khan found Gauri in a city full of beaches. SRK recounted how he went to Mumbai in order to look for Gauri Khan after she moved there. When the show's host, asked SRK if he actually tried finding her on the beach, the actor explained the entire incident. SRK recalled that the only piece of information that he had about Gauri Khan was that he knew that she loved swimming and an innocent SRK, at that time, thought that Mumbai has only one beach and that it would be easy to find her. However, a man explained how Mumbai is a city full of beaches, but SRK was undettered. After hitting all the beaches in the city, he finally found Gauri Khan.

Shah Rukh Khan, during the episode, recalled the incident and told David Letterman, " When I landed in Mumbai, I started looking for her on beaches. I had Rs 400 in my pocket, and when I got to know that the city has beaches everywhere. I used to take my gang with me to every beach in the city. When my friends were all tired and I was just leaving, I heard a voice."

Gauri Khan and SRK celebrated their 28th wedding anniversary on Friday. The actor shared a picture along with Gauri on Twitter and he wrote: "Feels like forever, seems like yesterday....Nearly three decades and dearly three kids old. Beyond all fairy tales I tell, I believe this one, I have got as beautiful as beautiful can be."

Feels like forever, seems like yesterday....Nearly three Decades and Dearly three kids old. Beyond all fairy tales I tell, I believe this one, I have got as beautiful as beautiful can be! pic.twitter.com/3qHwP7kjWx

Shah Rukh Khan married Gauri in 1991. The star couple are parents to Aryan, 21 (their eldest child), Suhana and 5-year-old AbRam. Both Aryan and Suhana are pursuing their higher studies abroad while AbRam stays with his parents in Mumbai.

Other than being a film producer, Gauri Khan is an interior decorator. She has redecorated homes for several Bollywood A-listers such as Alia Bhatt, Varun Dhawan, Jacqueline Fernandez, Ranbir Kapoor and Karan Johar among others. She has designed restaurants like Arth and Sanchos and she also runs a store named Gauri Khan Designs in Mumbai.