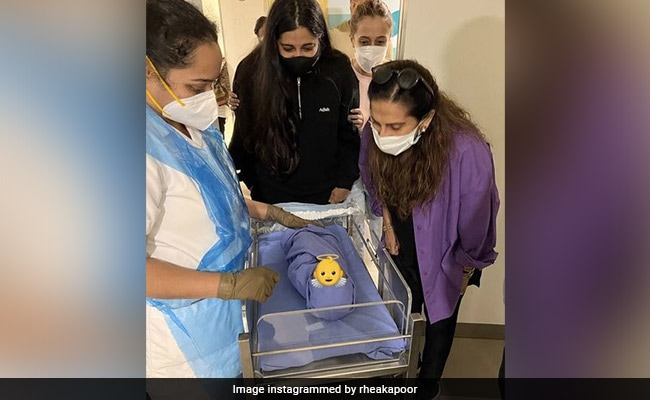 Rhea and Sunita Kapoor with the baby. (courtesy: rheakapoor)

Rhea Kapoor shared a few glimpses of the decor and the floral set-up at dad Anil Kapoor's house on her Instagram stories on Friday. The occasion? Rhea's sister Sonam Kapoor brought her baby son home on Friday. Rhea shared the video of the decor along with the The Lion King song I Just Can't Wait to Be King. The balloons were printed with the text "Baby Kapoor Ahuja." Rhea Kapoor wrote in her caption: "Welcome home our Simba." Sonam Kapoor and Anand Ahuja welcomed a baby boy last week. Sonam Kapoor married Anand Ahuja in May 2018 in Mumbai after dating for several years. The couple divide their time between London and Mumbai.

This is what Rhea Kapoor posted: 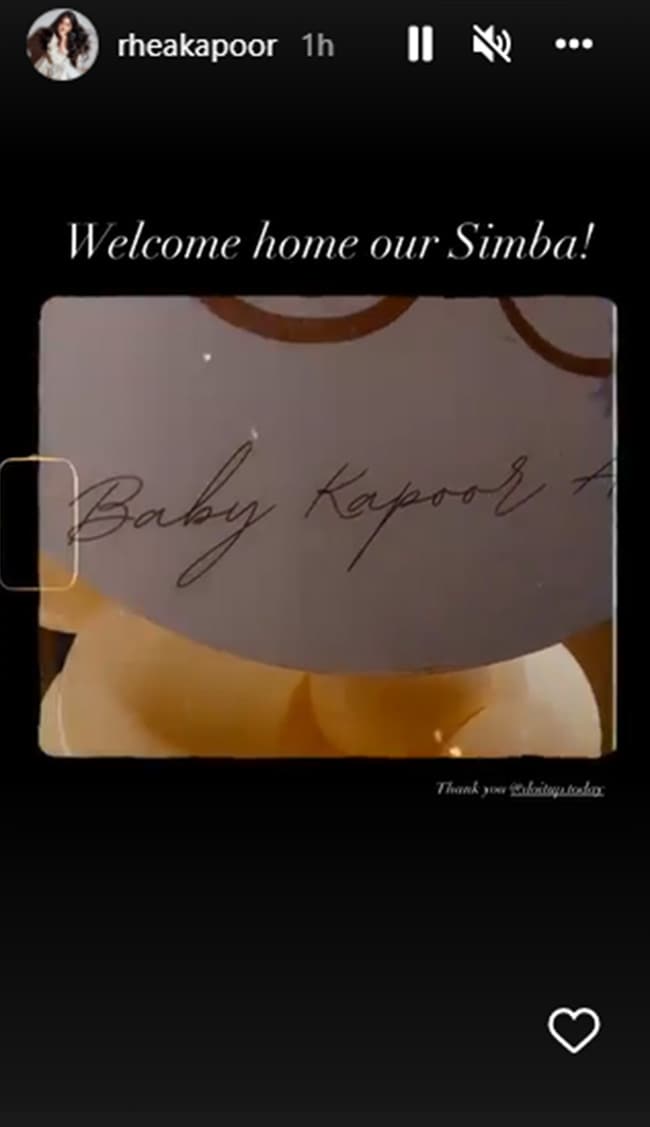 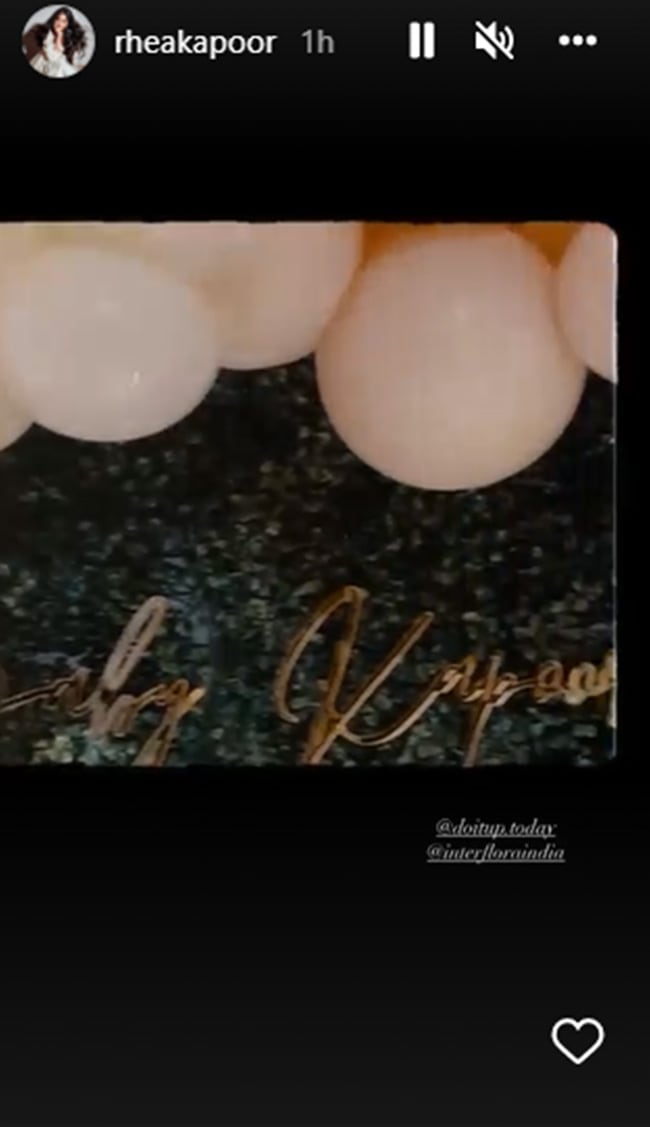 Meanwhile, on Friday afternoon, Anil Kapoor and Anand Ahuja were seen distributing sweets to the paparazzi. See the video here:

After visiting her nephew at the hospital earlier this week, Rhea shared this post and wrote: "Rhea masi is not ok. The cuteness is too much. The moment is unreal. I love you Sonam Kapoor the bravest mommy and Anand Ahuja the most loving dad. Special mention new nani Sunita Kapoor."

Sonam Kapoor was last seen in the 2019 film The Zoya Factor, co-starring Dulquer Salmaan and Angad Bedi. Sonam also stared in Ek Ladki Ko Dekha Toh Aisa Laga, alongside Anil Kapoor, Rajkummar Rao and Juhi Chawla. The actress will next be seen in the Shome Makhija's film Blind. She also had a cameo in Netflix's thriller AK vs AK, starring Anil Kapoor and Anurag Kashyap.

Apart from being a film producer, Rhea Kapoor is also a stylist (largely for her sister Sonam Kapoor) and an entrepreneur. She has co-produced films such as Aisha, Khoobsurat and Veere Di Wedding, all three starring Sonam Kapoor. Her next project features Kareena Kapoor. Rhea and Sonam Kapoor also runs an apparel brand called Rheson, which was launched in 2017. Rhea Kapoor also launched her ice-cream brand last year. She married Karan Boolani in August last year.