How Priyanka Chopra And Nick Jonas 'Connected' For The First Time, He Reveals

"It was kind of immediate that we knew it was right and jumped right in and we were very happy," said Nick Jonas 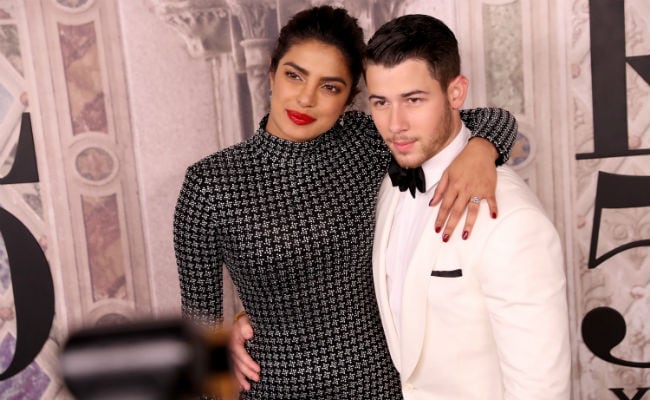 Celebrity couple Priyanka Chopra and Nick Jonas are not just trending for their hand-in-hand appearance at the New York Fashion Week but also for the revelations made by the 25-year-old singer on The Tonight Show Starring Jimmy Fallon. "She's the best," said Nick as he began talking about how they got in touch for the first time. "We met through a friend. So, we got connected first through a text and we started talking for a while and it was six months before we met up in person. And we attended the Met Gala actually together a few years ago. We had a great time but as friends, you know... but you know it's funny that people would ask us in an interview setting or private: 'Are you guys seeing each other?' And the answer was no!"

"They thought we were being coy and so were we until we cut to now we're engaged. So the story sort of wrote itself," he added. Last year, Priyanka and Nick attended the Met Gala together in Ralph Lauren couture, after which she was briefly questioned about whether or not she's dating Nick Jonas on US TV shows but that did not garner much traction at the point. Reports of their romance sparked after they were spotted together at a baseball game, at a yacht party and then Nick also took Priyanka to attend his cousin's wedding.

However, the decision to get together as a couple sort of happened with the flow, Nick said: "We then met up a couple of months ago, I think five months ago now, and it was kind of immediate that we knew it was right and jumped right in and we were very happy."

After Nick proposed to Priyanka on her birthday in London, Nick flew into Mumbai with his parents for the roka ceremony. "My parents were blown away by the love shared amongst people. But it was really special and you know between she and I, it was just nice to be able to have that time with family first, that private moment, and then being able to share it with the world afterwards," he told Jimmy Fallon.

Prayer, family and loved ones as the foundation to this new chapter. 🇮🇳

Meanwhile, did you know that Priyanka Chopra was in the audience all this while? When the show host asked if the lovebirds have zeroed in on a unique super-couple nickname, Priyanka shouted out from the stands: "Prick! Prick!"

"Oh boy!" was Nick Jonas' reaction, who then added: "She likes 'Prick'." Jimmy Fallon, who could barely stop laughing, said "Absolute no!" Needless to say, that the audience was in splits by then.

Nick Jonas and Priyanka Chopra, surely the Internet's favourite couple at the moment, recently made a couple's entry at New York Fashion Week for Ralph Lauren's fashion show. The couple haven't announced a wedding date yet.