How Much Did Nawazuddin Siddiqui And Rishi Kapoor Charge For Manto? Nandita Das Reveals 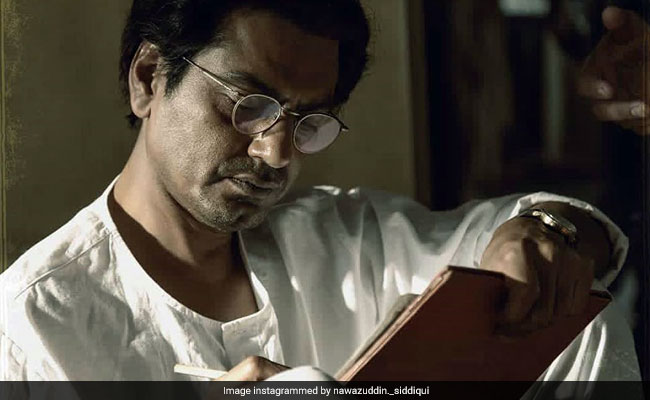 Nawazuddin Siddiqui in a still from Manto (Courtesy nawazuddin._siddiqui)

Manto director Nandita Das recently revealed how much Nawazuddin Siddiqui, Rishi Kapoor and other co-stars charged for the film. In an interview to news agency IANS, actress-turned-director Nandita Das said that Nawazuddin Siddiqui charged a very "nominal fee" for the film while his co-stars Rishi Kapoor and Javed Akhtar did not take any remuneration for Manto."Rishi Kapoor and Gurdas Maan said yes in our first meeting. I also reached out to many whom I knew well and have used up all my goodwill to get a stellar cast that truly does justice to the characters in the film," IANS quoted Nandita Das as saying. Speaking about Nawazuddin's remuneration, Nandita Das told IANS: ""This is the character that an actor would give an arm and leg for. But to not charge even a nominal fee is very gracious of Nawaz."

Speaking about veteran lyricist Javed Akhtar's role in the film, Nandita Das said that he will be seen in an all "new avatar". "I thought it would be quite interesting to have a progressive writer of today defending Manto. You will see him in a new avatar. So not like Javed saab," the filmmaker added.

"Trust me, there is more to life than money! The compensation comes in the form of experience and the joy of working on interesting projects. I, too, have done many such projects and have never looked for 'monetary compensation'," added Nandita.

Manto was screened at the Cannes Film Festival this year. Team Manto, which included Nandita Das, Nawazuddin Siddiqui, Rasika Duggal and Divya Dutta, were present at the French Riviera. Sharing her experience from the screening, Ms Das wrote on Facebook: "So I was not even ready for the third one in a row - an overwhelming response from both audiences and critics. At the premiere we got a 4-minute standing ovation, strangers hugged me, sobbing." Manto was screened in the Un Certain Regard category.

Manto is a biopic based on the life of Urdu writer Saadat Hasan Manto. He challenged all forms of orthodoxy through his written pieces. Speaking about why she chose Nawazuddin to play the role of the iconoclastic writer, Nandita Das earlier told IANS: "I always had Nawaz in mind while writing Manto. He has many traits that are similar to Manto - a deep sensitivity and intensity, anger, and a dry sense of humour. These innate qualities in Nawaz helped him transition into Manto on screen quite effortlessly."

Manto will release on September 21.