Mira Rajput shared some quirky, some some fun pictures from sister-in-law's wedding 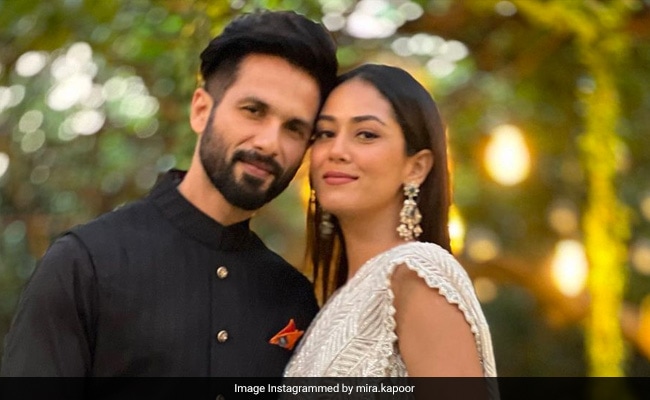 Mira Rajput and Shahid Kapoor's pictures from Sanah Kapur's Mahabaleshwar wedding are all things pretty. Mira Rajput shared pictures from her sister-in-law's wedding and also gave a sneak peek of her and Shahid's outfits. Mira was every bit stunning in a white saree, while Shahid picked a black kurta-pajama set with a jacket. Also, his printed pocket square was a piece that Mira loved (going by her Instagram story). She simply added a white heart emoji to the post. Shahid's mom Neelima Azeem commented: "Made for each other. Shining bright."

In a separate post, Mira congratulated the newlywed couple and she wrote: "In a garden of love, there was magic. Congratulations darling Sanah and Mayank. Wishing you both the intensity love you brought alive today, every day."

Mira also shared glimpses of the festivities on her Instagram story. She shared a solo shot that was adorably photobombed by her kid. "Mama see my car," she captioned it. 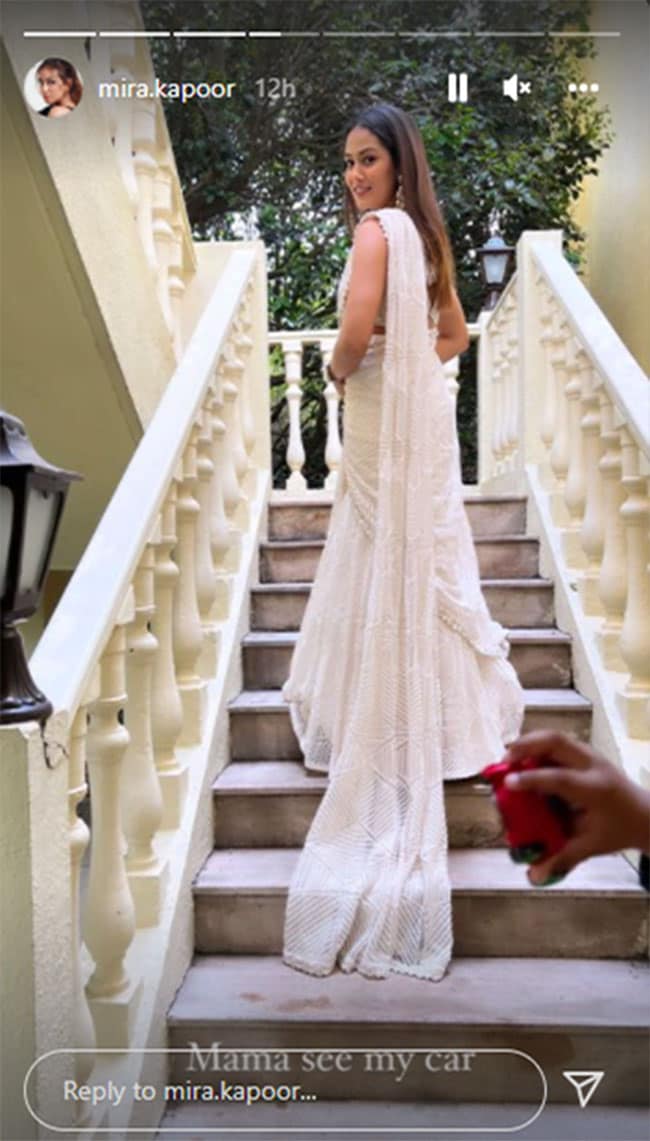 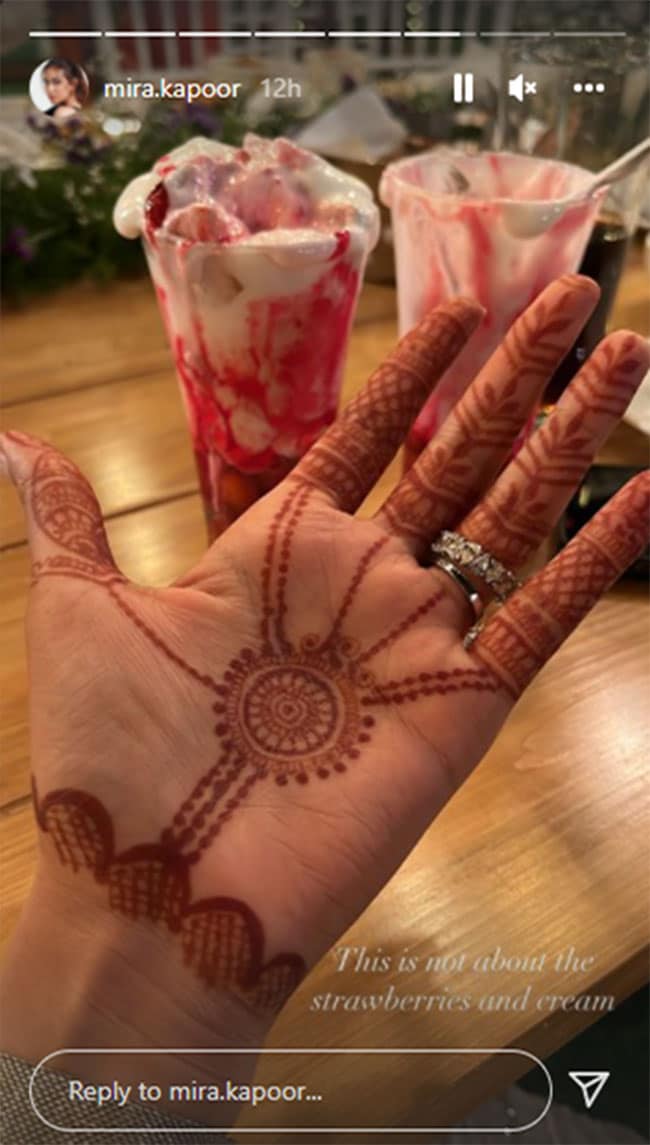 Told you, she loved the pocket square on Shahid Kapoor. "Details I love," she captioned it. 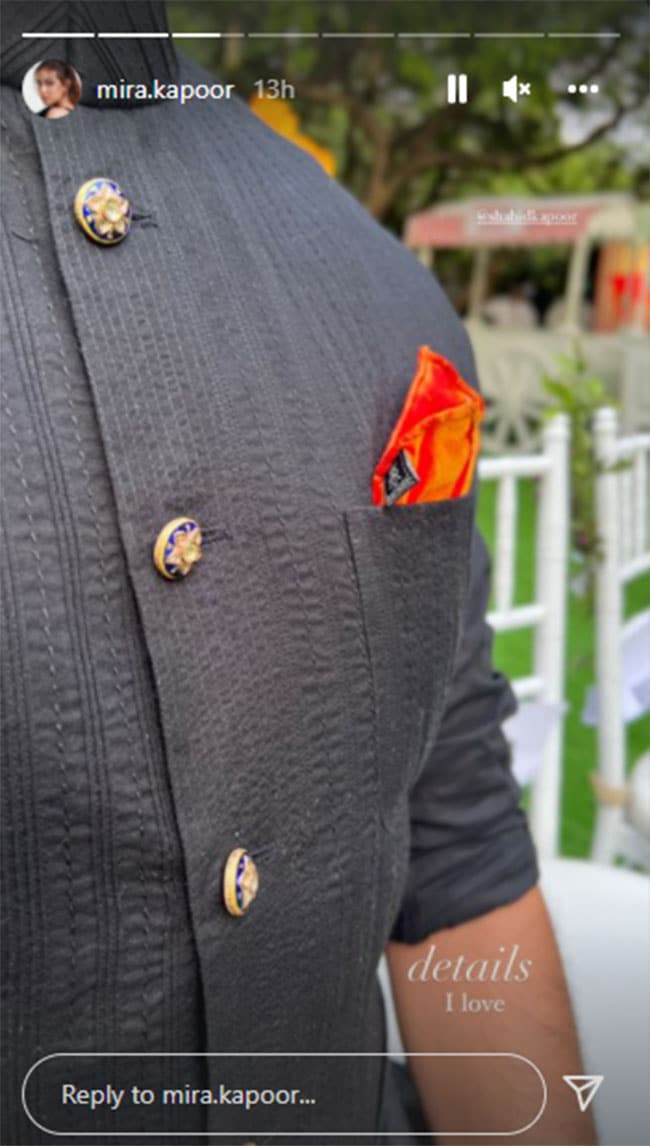 Here's what Shahid Kapoor wore to one of the day festivities. "Where the party at," he captioned it.

Shahid married Mira Rajput in July in 2015. Their daughter Misha was born a year later in August. Shahid and Mira are also parents to a son named Zain, who they welcomed in the year 2018.