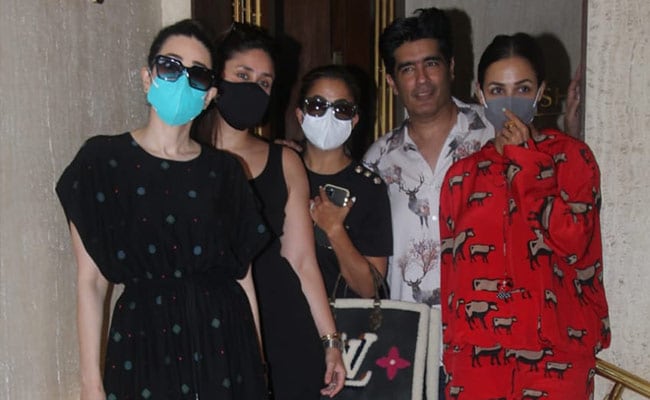 It was a fun evening for Kareena Kapoor, her sister Karisma Kapoor and their friends Malaika-Amrita Arora at celebrated designer Manish Malhotra's house. The actresses lit up Manish Malhotra's house party in the most glamorous way on Tuesday. Kareena looked chic in a black dress while Karisma Kapoor, who recently celebrated her 47th birthday, was photographed in a polka dot dress. Malaika, as usual, looked gorgeous in a red tracksuit and her sister Amrita Arora kept it simple with a black tee and jeans. The stars were photographed arriving at Manish Malhotra's house separately and they even posed with the designer for the paparazzi. 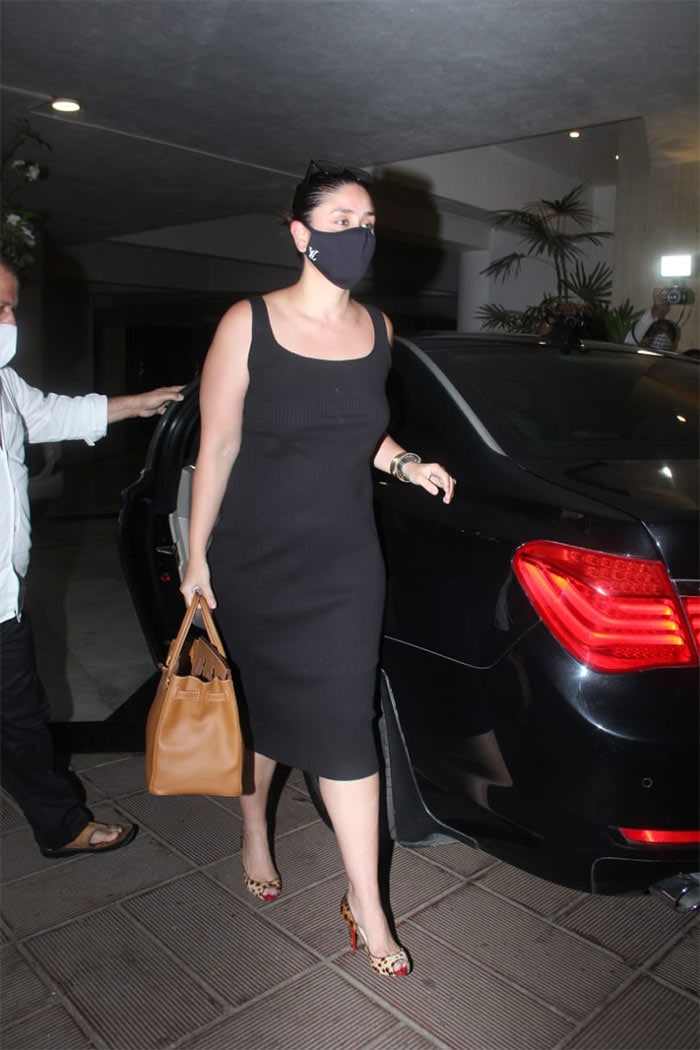 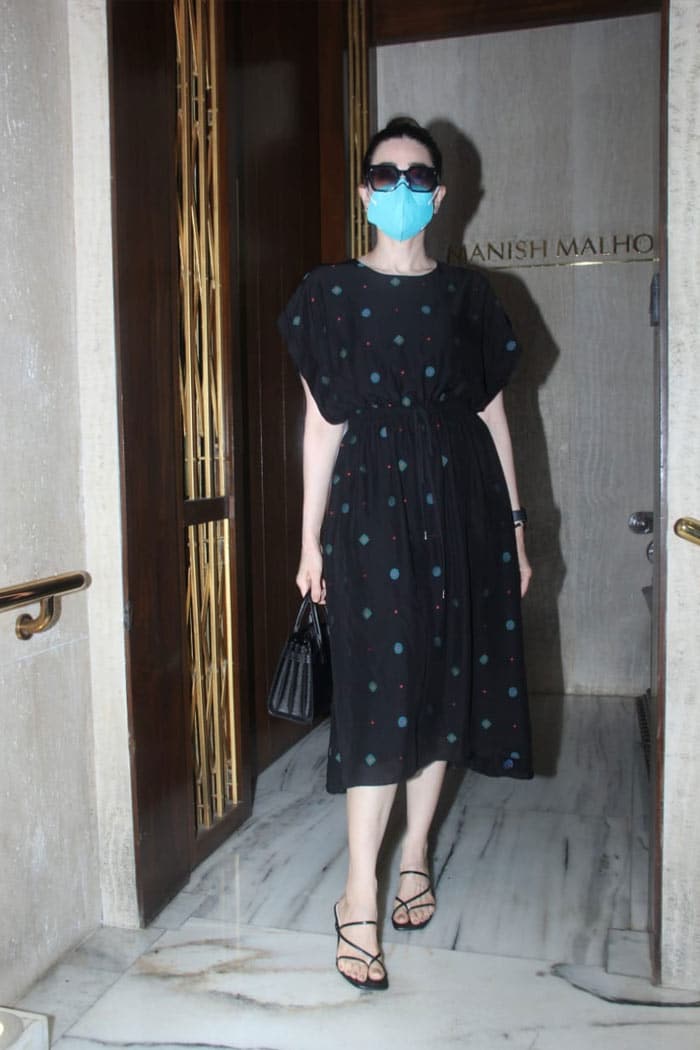 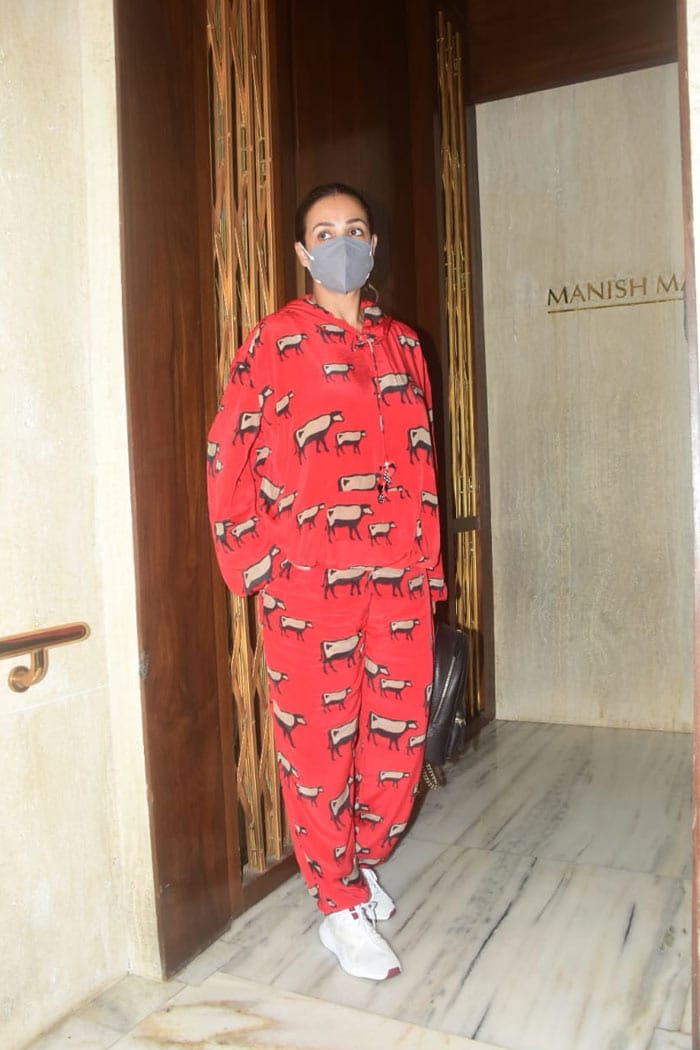 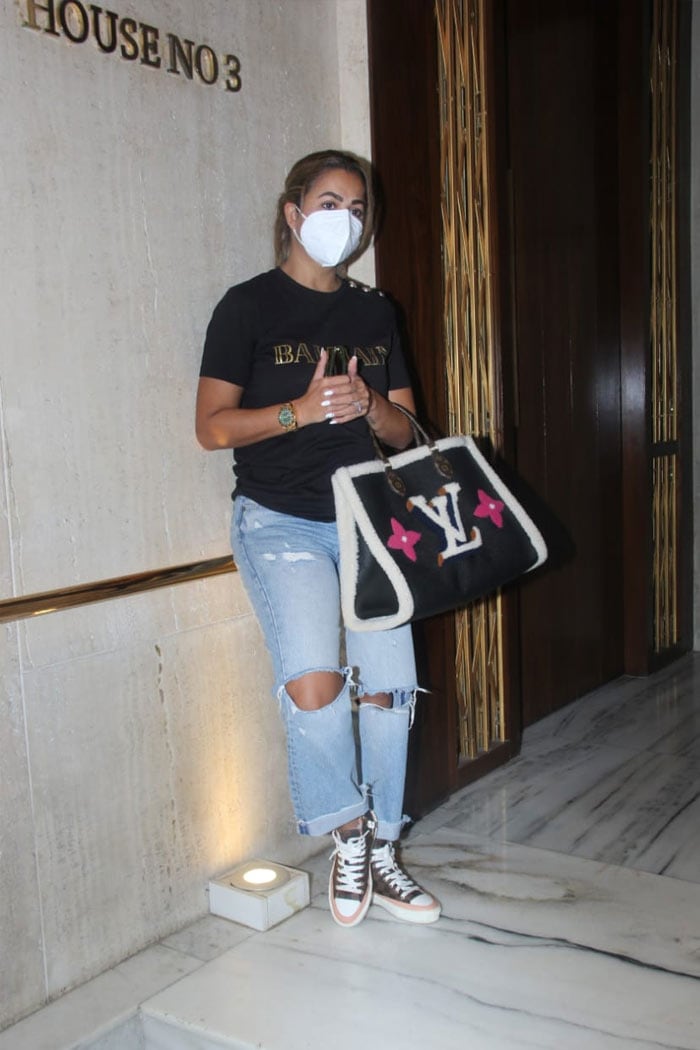 Amrita Arora picked a casual outfit for the get-together. 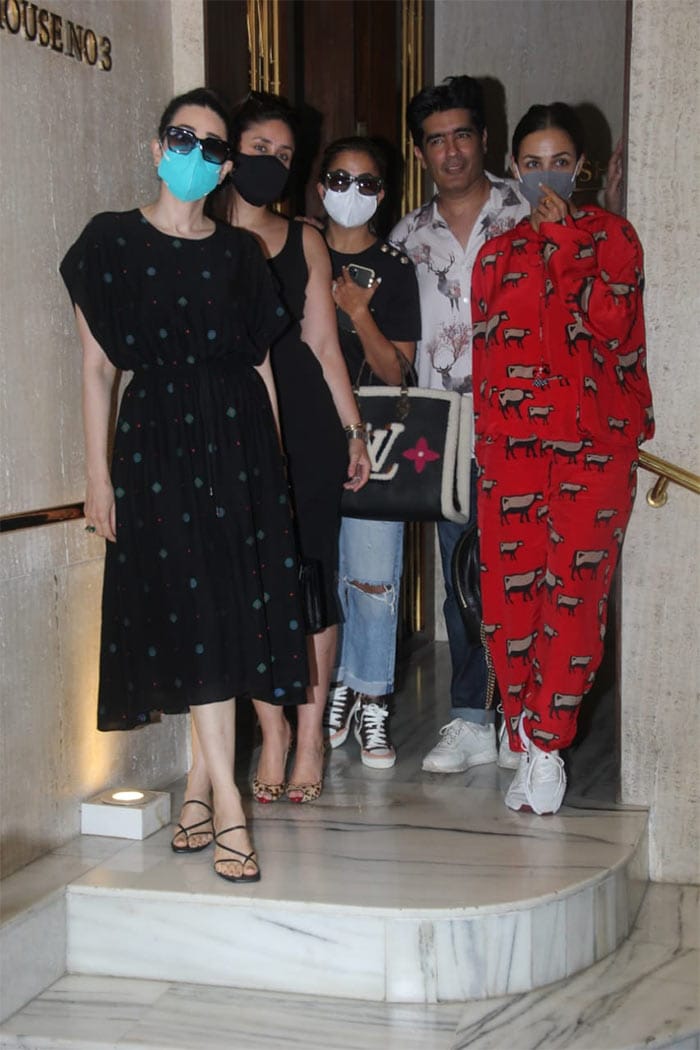 The actresses with Manish Malhotra.

Earlier in the day, Malaika Arora was spotted taking her second dose of COVID-19 vaccine. Malaika had contracted the virus last year. 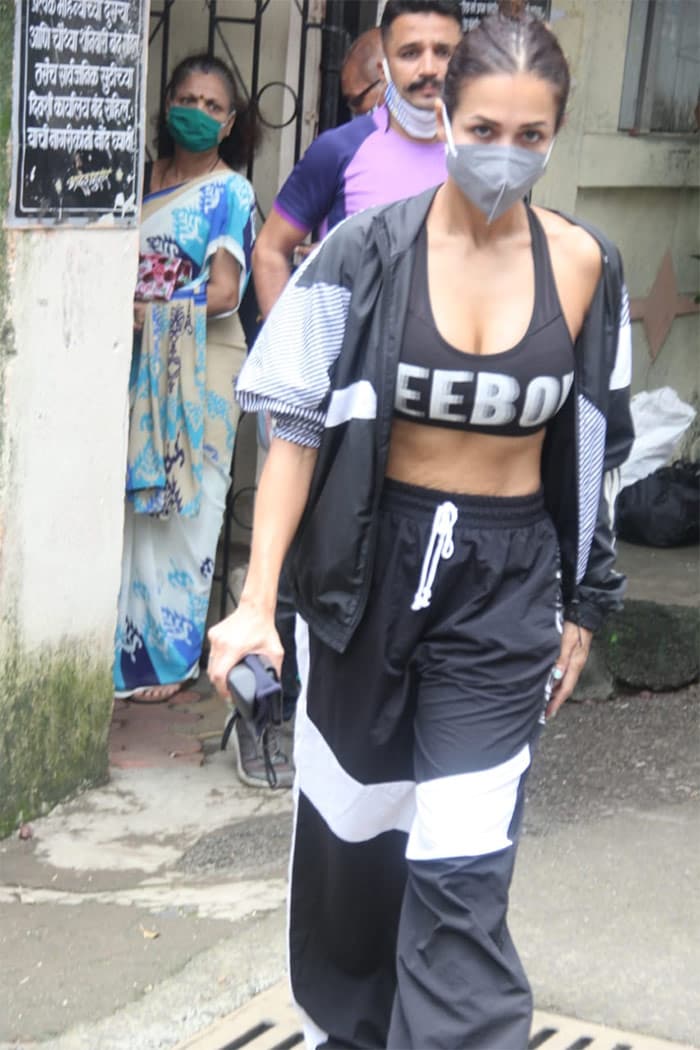 Malaika took her first vaccine shot in April and shared an update about her second dose in an Instagram post. "Like I always say #weareinthistogether. I am going to be safe not just for myself but for YOU as well. Fully vaccinated. No words can express the gratitude I have for every single frontline warrior out there. Thank you all for being so amazing!" she wrote in her post.

In terms of work, Kareena Kapoor was last seen in Angrezi Medium, which also featured late actor Irrfan Khan, Dimple Kapadia, Radhika Madan, Pankaj Tripathi and Deepak Dobriyal. The actress will next be seen in Karan Johar's period drama Takht and Lal Singh Chaddha, in which she will share screen space with Aamir Khan. Both Lal Singh Chaddha and Takht are slated to release on Christmas this year.