"Shaandaar didn't work and I went on a holiday solo to mourn the loss," says Alia Bhatt 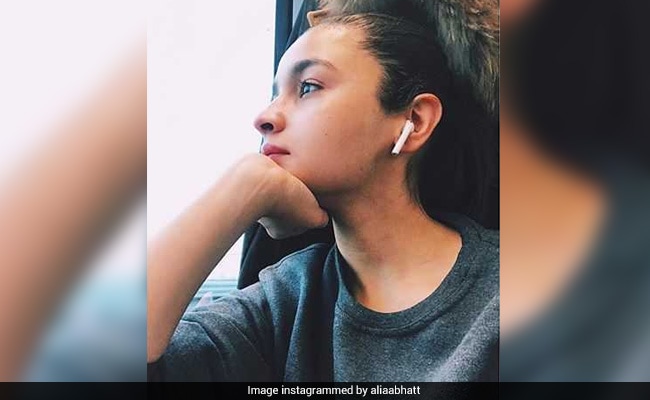 Alia Bhatt made her Bollywood debut with Student Of The Year. (Image courtesy: Alia Bhatt )

New Delhi: Actress Alia Bhatt, who is currently prepping for Meghna Gulzar's Raazi, says that she was "heartbroken" after the Shaandaar debacle but is now more prepared to face failure. Alia featured in Vikas Bahl's 2015 Shaandaar, which failed at the box office. "Touch wood, 90 per cent of my films fared well at the box office. But there have been one failure, and because of that failure, I am more calm. For some strange reason Shaandaar didn't work at the box office. I was heartbroken. I could not believe it," said Alia, who was present at Shah Rukh Khan's TV show Lux Golden Divas- Baatein with the Badshah.

Alia, who is producer filmmaker Mahesh Bhatt's daughter, added: "I turned to my father. He was the only person I was speaking to and then I went on a holiday solo to mourn the loss."

"I felt terrible, but after that I felt ho gaya. The bandage has been ripped. I have faced my first failure, and I will be ready for whatever comes. Getting up after the failure is very different. My father sent me this poster with Frank Sinatra's quote 'The best revenge is massive success,' IANS quoted Alia Bhatt as saying.

Alia Bhatt made her Bollywood debut with Karan Johar's Student of the Year (2012), which earned her a nomination for the Filmfare Award for Best Female Debut.

Raazi, a Karan Johar production, is a screen adaptation of Harinder Sikka's book Calling Sehmat. Raazi is scheduled to hit screens on May 11, 2018. Of her film, Alia told IANS: "It's first time I am doing a period film and is based on true story as well, so I am very excited for it and I hope audience will like it."

Promoted
Listen to the latest songs, only on JioSaavn.com
Alia Bhatt also has movies like Gully Boy and Brahmastra in the pipeline.