How Does Kriti Sanon Deal With Dating Rumours? Like A Boss

Kriti and Sushant have been speculated to be dating from sometime in 2015, when shooting for their first film began 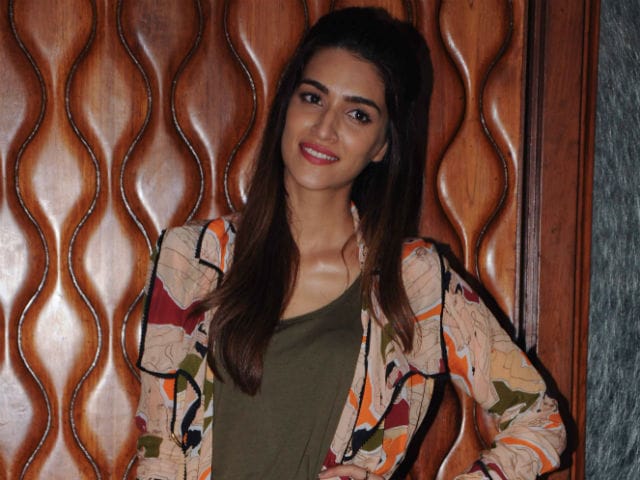 Kriti Sanon will soon be seen in Raabta

New Delhi: Kriti Sanon will soon be seen in Raabta, which also co-stars Sushant Singh Rajput, the actor she's rumoured to be dating. Kriti and Sushant have been speculated to be dating from sometime in 2015, when shooting for their first film began. But having completed two years in Bollywood, the Dilwale actress is not affected by rumours she's dating her co-star. Kriti also added that her family is updated with the details of her personal life. "Link-up rumours don't bother me. It is part and parcel of the industry and I know it. I think people sort of forget that apart from being actors, we are human beings who have a normal life. We have our families and friends and go out with them. Whatever is happening my family knows about it," she said in an interview with news agency IANS.

Kriti Sanon also dismissed dating rumours as 'daily soap'. "I have started laughing on things. I now enjoy the innovation of the stories which come every day. It is like a daily soap," she said. "It doesn't affect my personal equation with my co-stars. I don't think I will stop going on a drive or dinner with people I like." It appears Kriti Sanon, who is often spotted hanging out with Sushant, made an oblique reference to the fact that social media was thrilled when Sushant took her out for a drive in his new Maserati.

Meanwhile, Sushant revealed the secret behind his much talked-about rapport with Kriti. "Kriti listens to everything happening in a scene intently and reacts to it and I try and do the same. This is the only reason I feel that most of the times the chemistry between us is appreciated. It was there even when we were auditioning together for the first time and didn't know each other," he told IANS in an interview.

Promoted
Listen to the latest songs, only on JioSaavn.com
Directed by Dinesh Vijan, Sushant and Kriti's Raabta releases on June 9.