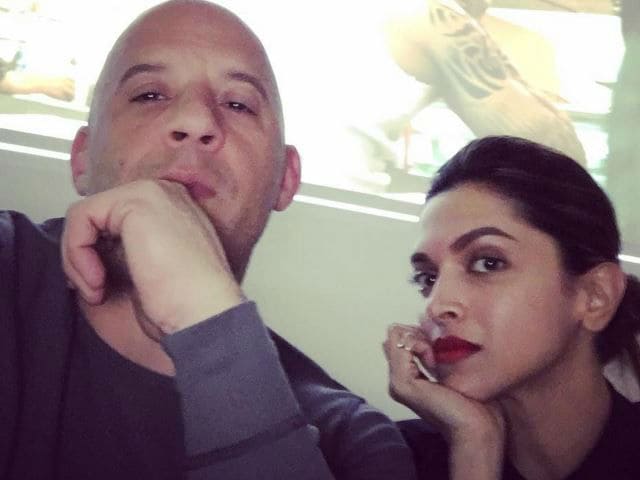 This image was posted on Instagram by Vin Diesel

Since Vin Diesel is busy with @deepikapadukone, we at #Housefull3 are making do with Vin Petrol pic.twitter.com/AlPSPPv006

Soon after Akshay's post, 'Vin Petrol' started trending on Twitter. His co-star Riteish explained why their picture was more precious than Deepika's:

Deepika co-starred with Akshay and Riteish in Housefull 2, and with Abhishek in Khelein Hum Jee Jaan Sey.

When asked by NDTV, the actress refused to either confirm or deny that she had been cast opposite Vin Diesel. "What do I say, as far as the film is concerned only time will tell," Deepika said. (Also Read: We Asked Deepika Padukone About The Pic With Vin Diesel. She Said... )

Of Vin Diesel, Deepika said: "He's a friend and someone I'm extremely fond of. More than anything else he is an amazing person. But about everything else, which everyone wants to know, you'll know soon," she added.

Deepika's golden spell at the box office has continued in 2015. Her first hit of the year was Shoojit Sircar's Piku, with Amitabh Bachchan and Irrfan Khan. Her latest film Tamasha, co-starring Ranbir Kapoor, has also fared decently. She also has Bajirao Mastani, directed by Sanjay Leela Bhansali and co-starring Ranveer Singh and Priyanka Chopra, coming up later this month.