Hina Khan Is Having The Euro-Holiday Of Our Dreams. See Pics 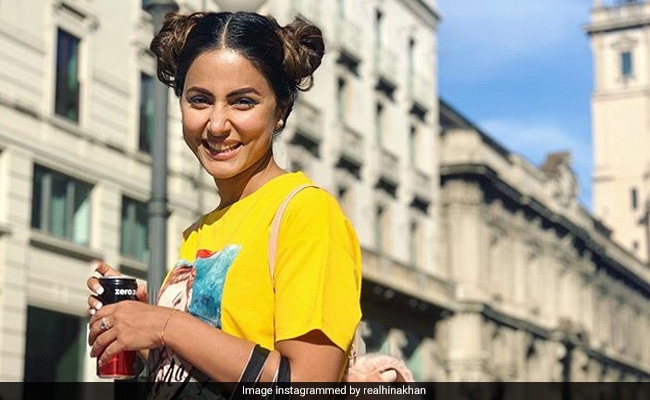 Hina Khan, who made her debut in the Cannes International Film Festival this year, recently shared pictures of herself on Instagram from her recent vacation in Europe. She also shared several Instagram stories from her trip, which includes her travelling in train from Switzerland to Paris and later she also shared glimpses of her being in Paris. She also mentioned her boyfriend Rocky Jaiswal in a story caption, which lets us know that she has been accompanied by him on this trip. Posting her pictures, she wrote: "Keep your face to the sun, and you will never see the shadows." In the pictures, the actress can be seen sporting a yellow t-shirt dress and she styled her hair into two side buns. Take a look at her post from her recent vacation:

Keep your face to the sun, and you will never see the shadows

Hina Khan made her Cannes debut on the second day of the film festival, which took place from May 14 - May 25. She wore a sparkly gown from the collections of Ziad Nakad during her first red carpet appearance. Her dress had long sleeves, which touched the ground along with a gathered train. She painted her lips in a light pink shade and had tied her hair into a bun. She wore a pair of diamond studs from Azotiique by Varun Raheja. Here are a few pictures shared by her from her Cannes debut: 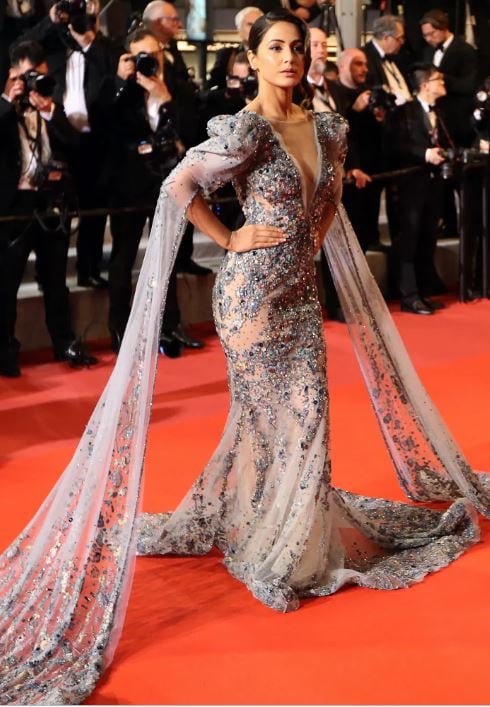 The Yeh Rishta Kya Kehlata Hai TV soap actress also had launched the poster of her first film in Cannes 2019. She had shared the details of her film along with the poster on her Instagram. Take a look at the poster:

Emotions don't change because of the borders in between, the life and plight of #Nazia is a simple portrayal of any girl who faces the magnitude of ordinary challenges in a not so ordinary story. #Lines is my debut in films. I hope you all love it as much we loved it. This is the first look launched at @festivaldecannes and an official poster which depicts more than a poster can! @rahatkazmi @tariq_khana @zebasajid2 @rockyj1 @rishi_bhutani @husseinkhan72 @pinkuchauhan8 @d.avaniish #cannes2019

Ahead of her visit to Cannes, Hina Khan had posted pictures and stories on her Instagram, which she shared from Paris. Sharing a photo album from her previous Paris trip, she wrote: "Just be... Restoring my energy... Before it begins."

Hina Khan began her career through acting in TV soaps. She featured in Yeh Rishta Kya Kehlata Hai for eight years and was a part of the show Kasauti Zindagi Ki 2, which is Ekta Kapoor directed soap. Hina also participated in reality shows like Khatron Ke Khiladi 8 and Bigg Boss 11.