Hey Alia Bhatt, Why So Secretive?

Alia Bhatt instagrammed a picture and said: "Please note how I am very efficiently covering myself up with a curtain so you don't see my costume" 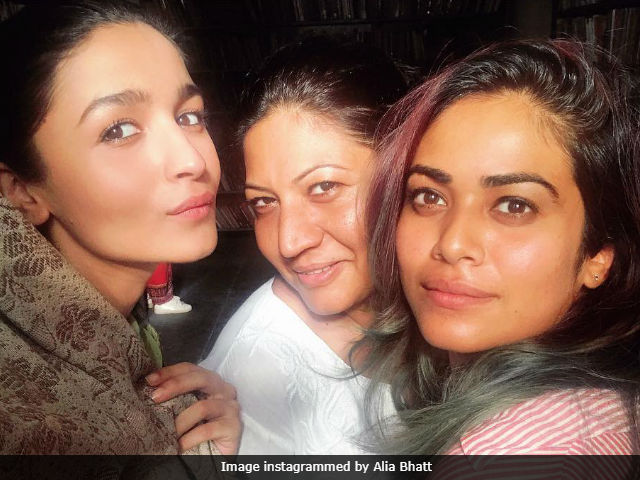 New Delhi: Actress Alia Bhatt is up to something. The 24-year-old actress shared a picture of herself with her make-up artist and hair stylist and wrote in caption: "Please note how I am very efficiently covering myself up with a curtain so you don't see my costume" with a muscle arm emoticon. With the post, Alia Bhatt got us intrigued enough to write this piece. Here are a couple of things Alia Bhatt may be up to but won't share till the time is right - film shoot for Raazi, a new photoshoot for a magazine or a promotional photoshoot. Take a look at Alia Bhatt's mischievous peek-a-boo with fans and media right here:

As of Friday, Alia Bhatt was in Patiala to shoot for Meghna Gulzar's Raazi. The film's shoot started earlier this month and was reportedly scheduled till September 10. However, a mid-day report stated that the filming was stopped indefinitely after Dera Sacha Sauda chief Gurmeet Ram Rahim's conviction on August 25. The director had cancelled the shoot of the film after violence erupted across Punjab and Haryana and the cast and crew were confined to their hotels in Patiala.

Could the above picture mean that the shoot of Raazi has resumed?