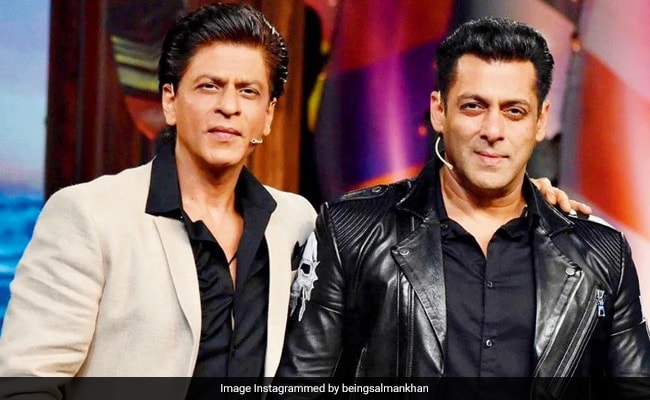 On Salman Khan's 56th birthday, the actor shared an update on his forthcoming film Tiger 3, co-starring Katrina Kaif. Salman said that he and Shah Rukh Khan might do cameo crossovers in each other's films Tiger 3 and Pathan, reports news agency PTI. After Salman Khan made the announcement, #Tiger3 and #Pathan started trending bigtime on Twitter. The actor, speaking to the paparazzi gathered outside his Panvel farmhouse, said, "We will both be seen in Tiger 3 as well as in Pathan. Tiger will release by December next year. Pathan may release before it, aur phir dono shayad saath aayenge (then maybe both of us will come together)."

In terms or work, Shah Rukh Khan was last seen in 2018 film Zero, co-starring Anushka Sharma and Katrina Kaif. He will next be seen in his much-awaited film Pathan, alongside Deepika Padukone and John Abraham. He has also co-produced Alia Bhatt's Darlings, which marks her debut as a film producer. He has also backed the standalone film on Bob Biswas, featuring Abhishek Bachchan.