Here's What Kangana Ranaut Will Be Doing On Her Birthday

Earlier, Kangana Ranaut was supposed to celebrate her birthday with her family in Manali 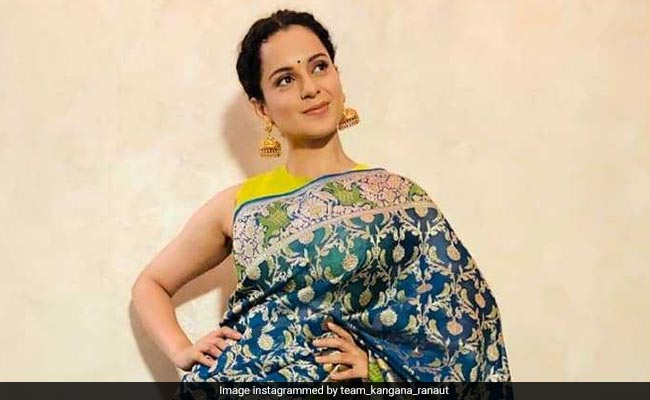 Kangana Ranaut, who was earlier supposed to celebrate her 32nd birthday with her family in her hometown Manali, will now be working on her special day. The makers of Mental Hai Kya revealed in a statement that the Queen actress decided to alter her plan after film's producer Ekta Kapoor requested her to shoot for the film's promotional campaign. "Mental Hai Kya is now slated for release in end of May, on Ekta Kapoor's special request, the actress readily agreed to shoot for the promotional campaign of Mental Hai Kya on her birthday," read an excerpt from the statement.

Kangana Ranaut decided to postpone her birthday celebrations with her family in order to fulfill her professional commitments and also because she has to start shooting for the other project in her pipeline, which is Panga.

Directed by Prakash Kovelamudi, Mental Hai Kya is a dark comedy, which focuses on the social stigma attached to mental illnesses. The film also features Kangana's Queen co-star Rajkummar Rao. The cast of Mental Hai Kya also includes actors like Amyra Dastur, Jimmy Sheirgill and Satish Kaushik. The film was earlier slated to release on February 22, 2019. However, its release date was postponed after Kangana's request.

Kangana was last seen in the Manikarnika: The Queen Of Jhansi, in which she played the role of Rani Lakshmi Bai. Kangana also directed a few segments of the biopic.